Welcome to Love Happy, where we help you successfully navigate the ups and downs of relationship life and share simple tips for keeping love fun, fresh and on track. In this installment, we look at the importance of saying what you mean and meaning what you say in your relationship. 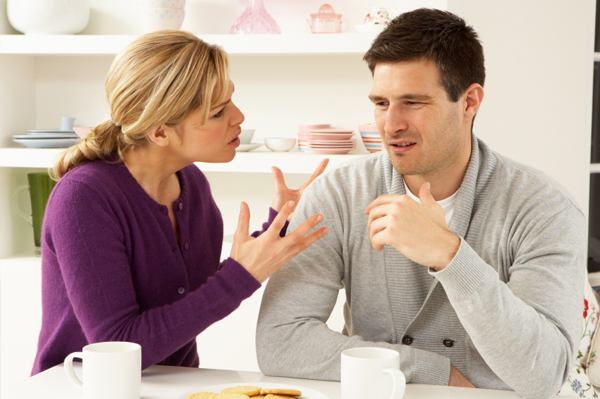 Being around other couples sometimes reminds me of things I want to write about in this column. Recently a friend of mine was having a discussion with her boyfriend of three years. He was asking her a question and she was getting frustrated with him. “Why are you asking me something you already know the answer to?” she asked. He wanted to do something his way but instead of being honest, he kept rephrasing his question in hopes she would eventually answer the way he wanted.

A better tactic: Had he simply said “This is what I think,” instead of asking her what she thought and then dismissing her idea, the discussion wouldn’t have become an argument – it would have been a discussion.

A lot of arguments happen when one person in the relationship is beating around the bush and isn’t saying what they mean. I admit that I can be a bit of a coward when it comes to bringing up topics that I think might upset my guy. Sometimes I’ll say one thing but mean another, and he just gets frustrated trying to figure out what the hell I’m trying to get across to him. See previous example with my two friends above. Honesty and simply saying whatever is on your mind makes a lot more sense and usually leads to a discussion rather than tension. A discussion means actually clearing the air and moving forward. Arguing just leads to two angry people.

Meaning what you say

It can be really hard to say what you mean when what you want to say could upset the other person – even if it’s something really simple. But if you want your relationship to work, you need to work on being honest and brave enough to be clear. This is definitely something I have been trying to work on, especially since my boyfriend likes to keep things simple. You either like something or you don’t, you either want to do something or you don’t. Being wishy-washy about things in our relationship just causes frustration, so the best course of action is to always say what you mean and mean what you say. You may end up rubbing each other the wrong way, but without honesty and clarity, you run the risk of bigger fights further down the road.