Sometimes it can be tough to tell if a guy likes you. One minute he’s flirting, but the next minute you’re not sure how he feels. Even though it’s usually women who get the bad rap for being hard to figure out, deciphering guy-code can be just as (if not more) complicated. With that in mind, we decided to put together a list of no-fail signs a guy is totally into you. 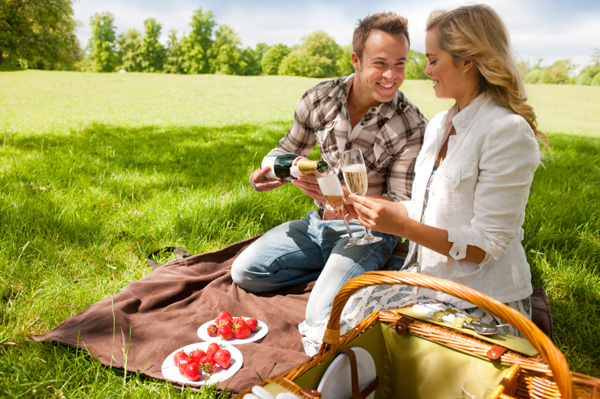 He’ll miss a big game to see you

If the guy you’re currently crushing on is a sports nut – as many guys are – and he misses a big game to hang out with you, take that as a huge sign he likes you. We’re not talking about random, means-nothing, mid-season games (although some guys are hard-pressed to get off the couch any time their team is playing). We’re talking about games that mean something (playoff games, end of series games). If you call and he agrees to see you on a night his team could win (or lose) something big, he is not only interested, he could very well be in love.

Some guys are fashion conscious and have a great sense of style. Other guys are more into comfort than keeping up with the trends. So if someone you’ve just started seeing suddenly turns up looking like he just stepped out of GQ, he probably has more than a passing interest in being with you. It can be hard for guys who don’t normally wear anything but jeans and ripped T-shirts to make an effort when it comes to style, and they won’t make that effort for just anyone. Consider it a good sign if a former fashion-phobic man has the sudden urge to dress to impress.

He’s getting creative with dates

Dinner and a movie is a fun date, but there’s really nothing creative or unique about it. Everyone – from teens just starting to date to couples that have been married for 25 years – count dinner and a movie as date night. So if your new man is digging deep to come up with interesting and out-of-the-box date ideas, he’s really trying to let you know he likes you. Maybe he managed to get a reservation at the newest (impossible to get reservations) spot in the city, or perhaps he planned an elaborate picnic in the park complete with romantic music, candles and a feast he made himself. The point is, if he’s going above and beyond the usual date night ideas, he likely wants to make sure you’re impressed.

His apartment is spotless

Guys are notorious for having messy apartments. Of course, not all guys are this way, but a good percentage aren’t all that interested in keeping things tidy. So we consider it a good sign that he likes you if you go over to his place and everything is neat and clean. This means he cares about what you think of his space. If there were dirty dishes in the sink and laundry everywhere, he might not be too concerned about whether you ever come back. But a clean apartment is a definite indicator that your opinion matters.

This dating expert probably could have done without the dog in her video, but she may have a point when it comes to figuring out if a guy is into you as much as you are him.