On Sunday night’s episode of Keeping up With the Kardashians Kim Kardashian was shocked to discover red, flaky patches of skin on her legs, which then spread to other parts of her body. She paid a panicked visit to her dermatologist Dr. Harold Lancer, who diagnosed the reality TV star with psoriasis, an autoimmune disorder in which the life cycle of your skin cells speeds up, leading to a build-up of dead cells on the surface of the skin and the aforementioned red patches. If you’re not sure what psoriasis is, we’ve put together some information about this common skin disease. 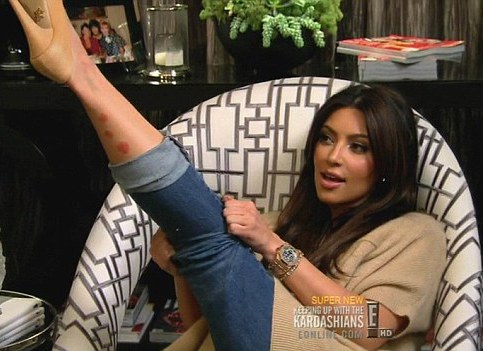 Psoriasis is the most common autoimmune disease in the country, affecting as many as 7.5 million Americans, Kim Kardashian now among them. Psoriasis occurs when the immune system sends out faulty signals that speed up the growth cycle of skin cells. As the cells rapidly build up on the surface of the skin, they form thick silvery scales and flaky, itchy, red patches. Psoriasis is not contagious, but it can be hereditary. Kardashian’s mother Kris was diagnosed with psoriasis at the age of 30 – the same age as Kim. “I got it for the first time when I was exactly your age,” Kris told her daughter on the show. “I cried myself to sleep for months.”

Details and symptoms of psoriasis

Psoriasis most commonly occurs on the scalp, knees, elbows and torso, but it can develop anywhere, though not often on the face. Kardashian was distraught to see that the patches on her legs spread to other parts of her body. “People don’t understand the pressure on me to look perfect,” Kardashian said on the show. “When I gain a pound, it’s in the headlines. Imagine what the tabloids would do to me if they saw all these spots.”

Other symptoms of psoriasis include:

There are five types of psoriasis: plaque, guttate, inverse, pustular and erythrodermic. Nearly 80 percent of people with the disease have plaque psoriasis — the most common form — which appears as red, raised patches.

Kardashian, like the millions of other Americans who live with psoriasis, is at increased risk for other serious health conditions, including heart disease, heart attack, diabetes, high blood pressure, obesity, low self-esteem and depression, not to mention just feeling generally ostracized if symptoms are particularly severe. Up to 30 percent of people with psoriasis also develop psoriatic arthritis, which causes painful swelling of the joints. 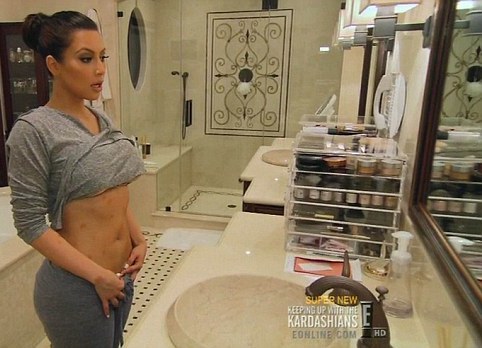 There is no cure for psoriasis, but there are a variety of treatments that can help clear psoriasis for extended periods. The three main types of treatment include topical creams of varying strengths, light therapy and medications that are taken orally or injected. The type of treatment depends on the individual and the severity of the psoriasis. Someone who has red patches and dry, cracked skin over their entire body will need much stronger treatment than someone who just has a few scaly patches on their legs or torso. Your doctor can help find the best course of treatment for you.

Along with using a topical cream or taking medication, there are some things you can do to help manage the disease. On the show Dr. Lancer recommended that Kardashian try slowing down her lifestyle because stress is a known trigger of psoriasis. Other triggers include overexposure to sunlight (small amounts daily can be beneficial but too much will worsen symptoms), alcohol, smoking, poor diet and injuries to your skin. It’s important to do what you can avoid psoriasis triggers and commit to a healthy lifestyle (avoid alcohol and eat a healthy diet) and minimize stress as much as possible. Daily moisturizing with an ointment-type cream also helps, as does soaking in a bath with Dead Sea salts or Epsom salts.

At the end of Sunday’s episode, it seemed as if Kardashian was coming to terms with her diagnosis. It’s frustrating that there is no cure, but with the right treatment and lifestyle changes, the disease can be managed. For more information about psoriasis, visit the National Psoriasis Foundation.

In this clip from “Keeping up with the Kardashians,” Kim Kardashian visits with dermatologist Dr. Harold Lancer and is diagnosed with psoriasis.