We’ve all been there – when you like a guy who treats you like his little sister or just one of the guys. You’re friends with him (he’s a great guy after all) but you’d really like to be more than friends. The question is how to stand out and make him see you as more than a part of his posse. We’ve put together some simple strategies to help you beat the “just friends” fate and get him to notice you. 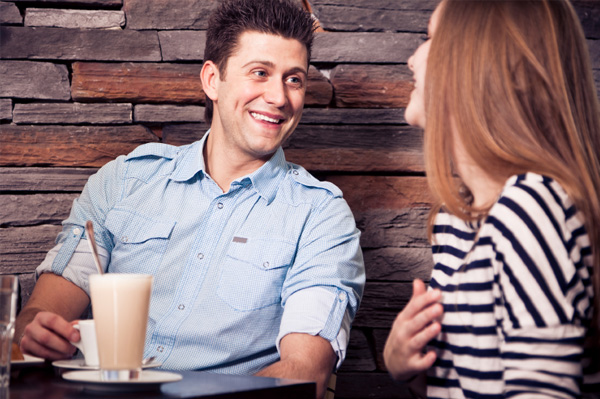 Whether the guy in question is from your office, someone you know from the gym or a peripheral member of your crew of friends, the first step in being seen as more than just a girl he sometimes hangs out with is to get him alone. Linger after the game and see if he wants to go for a quick drink, see if he can come by your place (if it’s nearby) to check on something you think is broken or leaking or get him to help you with your form on one of the weight machines at the gym – the point is to figure out a way to get some one-on-one time with the guy you like. The more little incidences you can engineer that involve just the two of you, the better your chances will be at getting him to see you as someone who’s more than just a friend.

Do a little asking around among your mutual friends, teammates or co-workers to see what he likes, what he reads, music he listens to and anything else that can give you a leg up when it comes to having a meaningful discussion with Mr. Just Friends. Is he a vegetarian? Tell him about the great BBQ tofu you make. Does he have a dog? Compare iPhone pics of your pooches. Is he well-traveled? Regal him with tales from your last exotic vacation. The more you can find in common, the easier it will be to create a bond that goes beyond where you both work or what group of friends you hang out with.

If the two of you hang out in a group and he sees you as just another face in that group, you need to start letting your personality shine through a little brighter. Speak up, make him laugh, be the center of attention (in a good way, not in a standing on the table yelling kind of way) so that he sees that you’re not just part of the group –  and that you have a personality worth getting to know. Don’t hold back the real you when you’re with him. If you’re really good at something, let him see your talents. If you’ve got a great sense of humor, let him see that side of you. Put some effort into standing out in a positive way.

Sometimes the situation calls for some serious flirting. You can only hope he notices you for so long before you need to up the ante and use your best moves on him. Some guys need a flashing neon sign telling them you’re interested, so if that’s who you’re dealing with, turn on the charm whenever you get the opportunity. Touch his arm, laugh at his jokes and do everything you can to make it seem like the two of you have a special connection. Maybe he didn’t notice you before, but with some strategic flirting, he’ll be seeing you in a different light in no time.

Tell him how you feel

If all else fails and he still seems to treat you like one of the guys, you might just have to give it to him straight. It’s a risky move and you might not get the response you’re hoping for, but at least then you’ll know where you stand. Ideally he’ll be flattered you like him and impressed by your bold move – so flattered and impressed that he asks you out on the spot.

2 hrs ago
by Nadine Avola