We all either know – or have dated – that great guy who just can’t (or won’t) settle down. He’s charismatic, good looking and has a great sense of humor, so what’s the problem? We’ve looked long and hard at the many reasons guys like him have remained unattached and have come up with a few worth mentioning. Here we look at some of the biggest reasons guys don’t – or won’t – settle down. 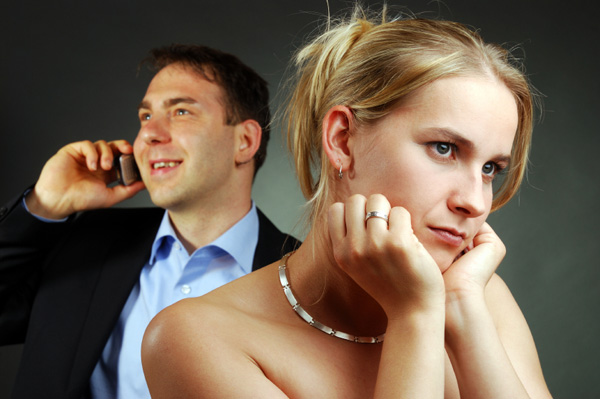 It’s frustrating to see perfectly dateable guys pass up opportunity after opportunity to lock down a great girl. We gals can’t (and won’t) wait forever, you know. Whether you’ve had to break it off with the guy who just wouldn’t move the relationship forward or you’ve watched some of your male BFFs cut things off with great girls who wanted them to settle down, some guys will forever put their career first. In this case, it’s really not you, it’s them. They can’t quite offer the full emotional support to anyone they care about because the job always comes first. You can try to change him, but in the end, you’ll just end up playing second fiddle to his career.

Some guys will never be able to settle down because they don’t want to miss out on the next potential conquest. If you’ve had the (dis)pleasure of being just another notch on some guy’s belt, than you know what we mean. You may have felt something more for him, and while he did have fun with you, he was always on the lookout for the next chase. Guys like this are immune to love. They close themselves off to real emotion connections and instead focus only on the physical. It’s too bad because so many of them are sweet guys who really do mean well, but they just can’t seem to give up on the game.

We’re not sure why the idea of commitment strikes fear in the hearts of so many guys, but there are men out there who just can’t wrap their heads around the idea of commitment. As soon as they feel like things are getting too serious and that whomever they’re with is itching for more (marriage, moving in together), they run. Whether their fear stems from not wanting to be tied down, worried that they haven’t been with enough women or unsure about where they see their future, some men can’t commit even if they seem to genuinely care for the woman they’re with. So no matter how you look at it, the commitment-phobic guy isn’t going to be settling down any time soon.

They haven’t found The One

Even if you’ve watched several of your guy friends walk away from women you were convinced were perfect for them, the relationship might not have been quite so ideal from the inside. That’s not to say there wasn’t love and happiness, but maybe things just looked rosier from the outside looking in. While not as common as being afraid to commit or unable to stop sleeping around, some guys haven’t settled down yet because they just haven’t found The One. So the next time you meet a cute, slightly older guy at a party or bar and he’s yet to settle down into something more than casual, it could simply be that he’s still waiting for the perfect partner.