Anxiety got you jittery and worried about something you can’t even put your finger on? Robin Meade, host of HLN’s Morning Express with Robin Meade and New York Times best-selling author of Morning Sunshine! How To Radiate Confidence and Feel It Too shares her tips after fighting through panic attacks on-air years ago. Her positive outlook is also reflected in her debut album Brand New Day available exclusively at Target stores and iTunes. Here are her five top tips for reducing stress and anxiety. 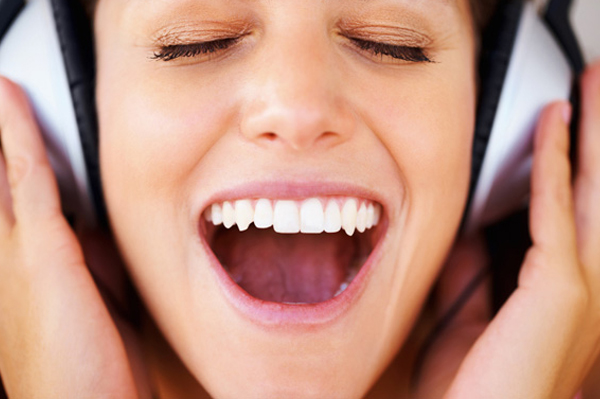 Don’t worry about what other people think of you

Certainly easier said than done, but Meade suggests trying not to let other people’s negative thoughts eat away at you. “A lot of the anxiety I used to feel was rooted in the belief that I had to be liked, and that my worth depended on it,” says the news anchor. “What I know now, is that when you become infatuated with the way other people perceive you, you are telling yourself that their view of you is more important than your own view of self.” Reading from the back of her book Morning Sunshine!, Meade quotes Dr. Deepak Chopra: “True self-esteem comes from going beyond your image and knowing the core of your being, which is beneath no one, fearless and immune to criticism.”

8 Ways to boost your self-confidence >>

Use the word “no” as a complete sentence

Meade recalls, “Back when I anchored local news, I would say yes to every request I got for a public appearance, no matter how big or small, whether I had time or not, and regardless of whether it took away from what little time I got to see my husband.” She found herself saying yes just because it was too stressful for her to say no. Luckily, her co-anchor at the time gave her this sage advice: ” ‘No’ is a complete sentence.” You don’t need to qualify the reason you’re saying no when you turn down someone’s request. “I’m not saying you shouldn’t help people out as much as you can,” says Meade. “But if you find yourself just saying yes because it’s uncomfortable business to say no, then simply say ‘No, but maybe next time.’ ” That way you leave the other person with the knowledge that you can fulfill their wishes maybe the next time and don’t have to feel so bad about saying no.

Benefits of saying no >>

Stay in the present

Meade believes that a lot of our anxiety comes from imagined repercussions of what the future will look like as a result of what we are or aren’t doing now. “For me, about 15 years ago, every time I had a bobble or misspoke on the air, my mind immediately shifted to the future, and how I might get in trouble for that slip-up when the boss came back in the office,” she explains. “Or I’d worry maybe that bobble would be the reason they would need to fire me if they were looking for one. Or I wouldn’t be able to pay my mortgage if I lost that job.” She didn’t just focus on the gaffe, she started making up – and fearing – scenarios in the future that would result from that single gaffe. “If you can keep your mind in the present, you can stop making up reasons to stress in your brain,” she strongly states. “Don’t get me wrong. Life has its real stress. But there’s also the stress we cook up in our brains.”

Do a mind flip

You’ve heard the phrase “face your fears” and Meade embraced the adage as a means to stop having panic attacks. “Instead of dreading and fearing them I had to ask myself how do panic attacks benefit me? Sounds crazy, I know. But I was able to give them permission to stop coming because I stopped fearing them,” she recalls. She expands on the concept by using the example of getting laid off from work and suggests swapping fretting for being proactive in changing your perception of being laid off. “Sit down and write out what the benefits of being laid off would be, and how that would serve you and others,” Meade explains. “Maybe it would cause you to chase your real career dream. Maybe the tight financial situation would cause you to become a fantastic investor.” By doing a mind flip, what you fear no longer has control over you.

Use music as an artificial mood enhancer

Can music really reduce anxiety? Meade thinks so. “It’s awfully hard to feel stress as you’re singing I’m Walking on Sunshine, so use the power of music as a great mood enhancer,” she suggests. “We play upbeat music each morning during the commercial breaks to keep the broadcast team’s spirits and energy up.” Meade recommends playing uplifting, energizing songs to help you stress less. “I made sure the songs on my debut album Brand New Day were optimistic, bright and realistic, because while telling stories in song, I want to relay the can-do spirit of the human condition,” she explains. “I hope you find your piece of truth and mood enhancement in those songs, too.”