Do you suspect your man is suffering from depression? Though being down in the dumps is a normal temporary state of being, if he can’t shake the blues and it’s having a negative, if not devastating, impact on your relationship, family, his friendships or even his career, there’s a good chance he’s got depression. Todd Patkin, former sufferer of depression and author of the new book Finding Happiness: One Man’s Quest to Beat Depression and Anxiety and – Finally – Let the Sunshine In (StepWise Press, 2011), shares seven things your man needs to know about this potentially debilitating yet very treatable disease. 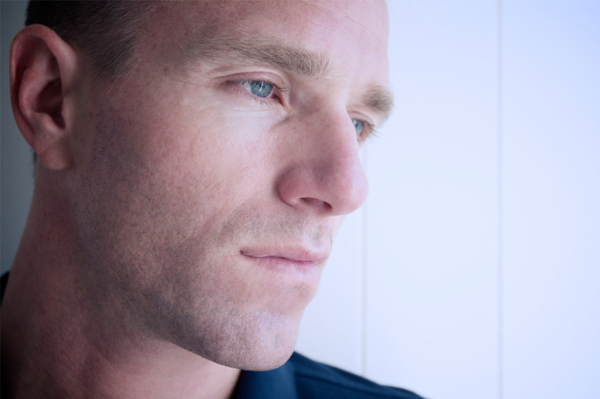 Men aren’t prone to talking about their feelings under normal circumstances, but they can be even more reluctant if they are feeling depressed — believing (mistakenly!) that tough guys don’t let their emotions get the best of them. However, Patkin, who had a devastating breakdown when he was 36 years old, says it’s dangerous to dismiss depression, especially since millions of men in the US have it.

“The truth is, over 6 million men are affected by depression each year, but many don’t seek treatment because they don’t want to be seen as weak or defective,” he explains. “Men need to understand that being diagnosed with depression isn’t a cause for stigma, and that ignoring it can have devastating consequences for them, their spouses, their kids, their careers and more.”

From breakdown to breakthrough

Finding Happiness chronicles Platkin’s challenging experiences with anxiety and stress, his breakdown, eventual recovery and the lessons he learned about depression and, ultimately, happiness.

After Patkin’s breakdown, he was unable to work, exercise, laugh or even reason. He didn’t think he’d ever be normal again. Luckily, that breakdown was what he calls his breakthrough. “I realized that I had been pushing myself too hard and looking for fulfillment in the wrong places,” recalls Platkin. “I got the medical help I now realized I had needed for quite some time and I revised my outlook on my life in general and on my mental health in particular.”

Lifestyle CHOICES can lead to – and treat – depression

Patkin is on a mission to encourage men to educate themselves about depression so they can recognize it, seek help for it and recover. Patkin partnered with licensed clinical psychologist Dr Howard J. Rankin to write the “Expert View” sections in Finding Happiness. Dr Rankin warns that depression isn’t something you can just “get over” — it’s a medical issue that needs attention, through both conventional treatment as well as changes in lifestyle.

“Most people don’t realize it, but you can gain some control of your brain’s biochemistry if it becomes dysfunctional, which can have a huge impact on your mood and behavior,” the psychologist explains. “That control comes mainly through medications, but lifestyle also plays a big role, too.”

Up next: What your man needs to know about depression >>

2 hrs ago
by Meredith Goldberg

7 hrs ago
by Hannah Rimm