We’ve all heard horror stories about mother-in-laws from hell, whose only goal seems to be striking fear in the hearts of anyone they deem unworthy while tormenting those around them. Whether you know someone who has to deal with a wicked witch of a mother-in-law or you have one of your own breathing down your neck, we’ve come up with some survival strategies to help you stay sane at your next family dinner – when you’re getting yet another icy stare or sugar-coated insult. 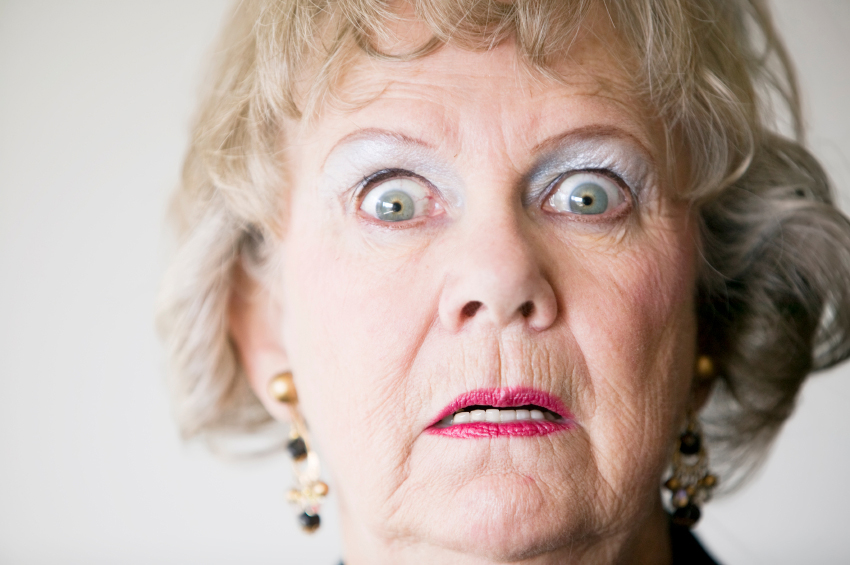 No matter what your mother-in law is telling you, shouting at you or insinuating with a snide remark as you reach for a second helping of potato salad (are you sure you need more of that?), just nod and smile. We know it’s hard and you’d probably rather share some snide remarks of your own but getting into a post-dinner scrap with your man’s mom is not going to do anyone any favors. The smile and nod method works because it doesn’t add any fuel to her fire. Because let’s face it – anything you say will just be turned against you, so why say anything at all?

If all else fails and you’ve had enough of her passive aggressive comments or can’t stand to hear another insult mumbled in passing (and you’re afraid you could snap at any moment), may we suggest turning on the waterworks? If you’re one of those people who can cry on cue, do it. It will be the last thing she expects and will ideally shock her into submission (at least for a few glorious minutes). Don’t offer any explanation (this will only make her angry). Just put on your best sad face and watch as your mother-in-law tries in vain to salvage the evening while trying not to acknowledge the fact there is a grown woman wailing at her dining table. The best time to do this is near the end of the visit so you can leave immediately after your little “episode.” 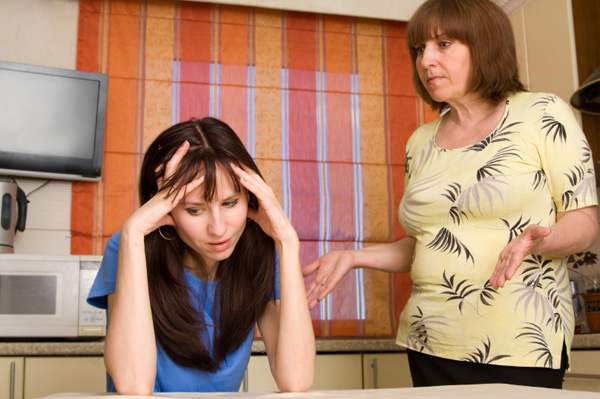 Pretend to listen
– but don’t

As soon as your mother-in-law opens her mouth, tune her out. She’s just going to make you feel small, inadequate and overweight, so why even bother listening? Look like you’re taking in all of her mean-spirited advice but instead of listening, make a shopping list in your head, or think about what you’re going to serve at the dinner party you’re hosting next weekend – anything to keep you occupied while she explains yet again how you’re not getting any younger and why don’t you give her son some children while you still can. Sigh.

Try to find an ally

It might not be easy – or even possible – but look around the table at the other faces there. Do you see anyone there who could possibly be an ally against the she-devil that is your mother-in-law? Your husband should step in if too many lines get crossed but he can’t always be going up against his mother (chances are he’s scared of her, too). If there’s a cousin, aunt or other relative who you can tell is getting equally berated, join forces. Sit with this person at every function and bond over your mutual hatred of the mother- in-law from hell. It won’t solve the problem, but it will make all family events much easier to handle.

The next time your presence is required at your mother-in-law’s house and you just can’t bring yourself to sit through another dinner party filled with disapproving glances and thinly-veiled sarcasm, fake an illness so you don’t have to attend. Tell your husband you just can’t bear the thought of getting anyone else sick (especially his lovely mother), so you better stay home alone while he soldiers on without you. You’ll have the house to yourself, an evening to relax and best of all, no one looking at you sideways when you eat more than one helping.

The good, the bad, the ugly

More on dealing with your mother-in-law >>

Trusting your husband with baby
Does your relationship need a tune-up?
5 Minutes to a better marriage