We talk a lot about signs to watch for indicating that the one you’re with could be The One. But what about the signs that point to the exact opposite – that the guy you’re dating should probably never be given boyfriend status or introduced to your mom. If you’re not sure what we mean and need some reminders about what signs to look for, we’ve put together a go-to list for how to tell he’s most certainly NOT a keeper. 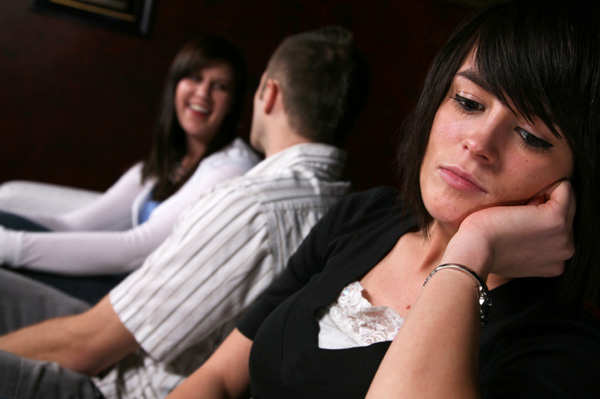 A guy who is only out for number one and who can’t be bothered with caring about anyone else’s feelings but his own isn’t a guy you want around for the long term. We’re talking about men who are rude to wait staff, don’t tip well (or at all), who are quick to toss out negative or derogatory comments about others and who generally act like they’re the alpha male in every room they are in. Confidence is one thing, but a huge ego that leads to unkind or selfish behavior is a major red flag. Walk away. Or better yet, run in the opposite direction.

He hasn’t introduced you to anyone

If you’ve been dating for a while – long enough that you’ve invited him out with your BFFs and there really isn’t any question about whether you guys are “together,” but you have yet to meet any of his friends, consider it a sign that your new love might not last. We’re not here to burst your bubble, or to freak you out – maybe he just doesn’t have any friends (which, come to think of it is also a pretty bad omen), but it’s just kind of strange to be dating someone and not be introduced to anyone he hangs out with.

Flirting is mostly harmless. A giggle here, a wink or touch on the arm there – we all do it and as long as there’s no intention behind it and you’re not leading anyone on, friendly, flirty behavior doesn’t pose a problem. Some guys are flirtier than others, but it can be frustrating if your guy goes a little too far and looks to be enjoying his interaction with other females a little too much. If he’s touchy-feely with other women, leans in too close or otherwise acts like he’s single whenever a member of the opposite sex walks by, you could have a problem on your hands.

He doesn’t tell you anything

One of the best things about meeting someone you hope is more than a hook up is getting to that stage where you can open up and start sharing details about your lives – from what makes you happy to future goals to childhood memories. But if you’re the only one doing the sharing, and he never seems to open up about anything, you should be asking yourself why. Not everyone is an open book and it could be that he just likes to keep his cards close to his chest until he feels totally comfortable, but you shouldn’t feel like you know nothing about him other than what brand of boxers he wears.

6 hrs ago
by Bethany Ramos

11 hrs ago
by Ally Hirschlag