Welcome to Love Happy, where we help you successfully navigate the ups and downs of relationship life and share simple tips for keeping love fun, fresh and on track. In this installment, we look at why having ambition is a key to relationship success. 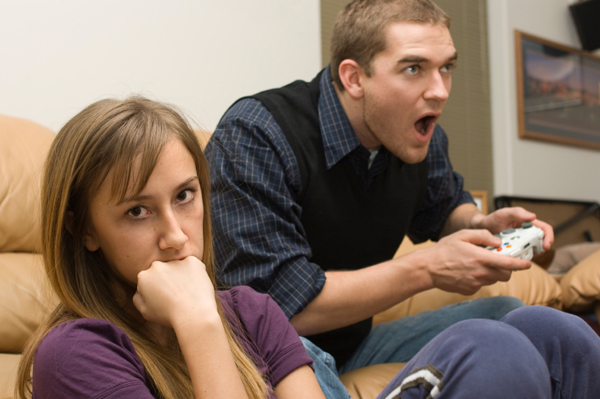 When cute can’t cut it

We’ve all dated guys who have zero ambition and whose only hobbies include drinking beer and playing video games. They don’t have goals, they don’t stray far from the couch (unless it’s to go pick up another case of beer) and they aren’t motivated to do very much. Some of them may be cute, even hot, but after a while, cute wears off and unless something changes, all you’re left with is a lazy, messy, poorly dressed man-child. Not particularly attractive – or interesting.

Growing up is hard to do

I’m not saying we should all have it together right away. It can take years to figure out what you want to do with your life and even when you do know, it can take even more time to actually make it happen. But at some point, being aimless and acting like you’re still in college when it has been years since you’ve seen the inside of dorm room just isn’t cool anymore. If this sounds like someone you’re dating, there are two things that can happen. 1: Nothing changes and hot or not, eventually you move on, because as I mentioned earlier, cute doesn’t cut it forever. 2: He develops ambitions and goals in which case the whole dynamic of the relationship can change.

My boyfriend has always worked hard and never had a particular interest in video games (although he does like beer), but he hasn’t always enjoyed his work, which left him feeling aimless. Note: This is infinitely better than actually being aimless, but some of the symptoms (not wanting to get off the couch, etc.) are strikingly similar. So when he finally discovered what he really wanted to do with his life, he was a different person. He was happier, more focused and much more confident, which was the biggest difference, and the one that made me fall in love with him in a whole new way. I’m not saying I wouldn’t have stuck by him if he hadn’t developed new goals, but seeing him so driven was a real eye-opener for me and it was so nice to see that side of him develop. Also, confidence looks good on a man, by which I mean it’s sexy.

Where we are now

After going to school for landscaping and working several years for a company, my guy has set a new course for himself and is now even more motivated to succeed – in business for himself. He’s more focused, more ambitious and more confident, and sometimes I have to shake my head at how far he’s come and how much he has changed. They say you can’t change a man (and I’m pretty sure they’re right having failed at this task on more than one occasion), but men can change on their own and when it happens, it can be a pretty big relationship bonus for both of you.

Move on from relationship regret

Get connected with your man
3 Ways to boost your bond