Not every guy can be relationship material (we’ve ALL dealt with our share of duds), but if you’ve lucked out and escaped the no-man’s land of losers and bad dates to find someone special, it’s time to find out if he’s a keeper. Check out our top five signs your new love has lasting potential. And if he does – hold on to him! 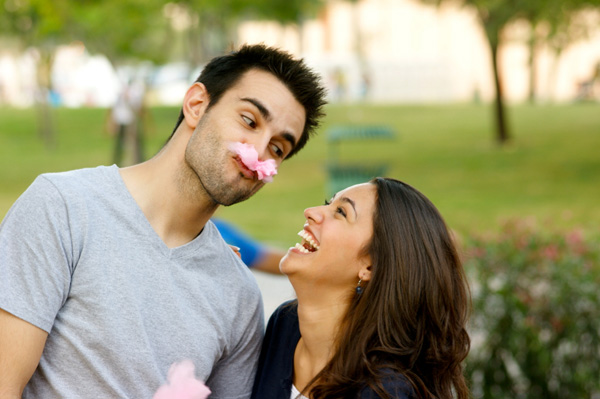 He appreciates your quirks

We all have quirks – they’re what make us all so fabulously interesting and unique. But the trick when it comes to finding a guy that becomes more than a flash in the pan, is to find one that appreciates everything about you – especially your quirks. When things are new it can be tempting to keep the more unconventional parts of your personality behind closed doors, but we say let them out! Are you secretly addicted to Bingo? Consider yourself an avid quilter? Regularly dance around your living room like no one is watching? Let it all hang out. If he sees your love of something offbeat as one of the best parts of you, you may have found yourself a keeper.

He’s there for you when it counts

Dating a guy who will do things like pick you up from the airport (or drive you there), walk your dog when you’re away or fix things that happen to break or leak usually indicate things are pretty solid. But being there for you when it really counts is something else entirely. If something goes wrong in your life (you lose your job or there’s a family emergency), you’re going to need more than a hug and an offer to take you out for beers. Times of personal crises mean mood swings, tears, days of wearing no makeup and otherwise not being the cheerful, sexy, totally together woman he thought he was dating. Crisis time = totally different version of you – the one who is stressed to the point of snapping and who can cry at the drop of a hat. So if he can handle all that with ease and be there for you unconditionally, we say he’s a definite keeper.

He’s not afraid to show his love

We admit, we’re not the biggest fans of all-out public make out sessions or groping in the grocery store (eww…can’t it wait?), but we do feel it’s important that a guy is man enough to show affection and not be afraid to admit he’s in love. We don’t need our men to be mushy or saccharine but finding someone who isn’t afraid to give you a kiss in front of his friends, hold your hand or tell you he loves you is a good thing. Guys who get uncomfortable when in the presence of any kind of emotion are difficult to deal with – they’ll likely never get past this relationship roadblock and end up forever hiding behind an overly macho exterior. But if your current cutie can be both manly and mucho romantic, we say hold on tight!

This is a biggie. Finding a man who can fight fair and who doesn’t need to get the last word every time you argue is important. But it’s not easy. We’ve all dealt with guys who pick fights for the sake of it and who have the debate skills of a 5-year old — this usually means repeating their one lame argument over and over until you give in — because arguing with a 5-year old is basically impossible. However, if you’ve met a mature man, who does not turn into a 5-year old when an argument comes up and can actually allow himself to come to a compromise, you have stumbled upon something good. Compromise isn’t easy so if your guy understands this and has proven he’s mature enough to know relationships thrive on compromise, he stands a good chance at being your long-term man.

Do a lot of his sentences begin with “we should…”? As in “we should take a road trip this summer” or “we should totally try rock climbing together.” This is a good sign. This shows he’s thinking about you as part of his life, not just someone who’s part of his life when he’s with you. We’re not saying he should be talking about marriage and kids and family trips to Disneyland already (because that would be creepy), but if he has you on his mind when you’re apart and seems to be weaving you into his longer term plans, we think he might be around a while.