Age-wise, it’s a dating free-for-all out there: Singles are free to date older or younger, which can open up the pool — and your horizons — significantly. So let’s say you’re dating a variety of dudes, all different ages. Here’s how to connect with each suitor, by decade: 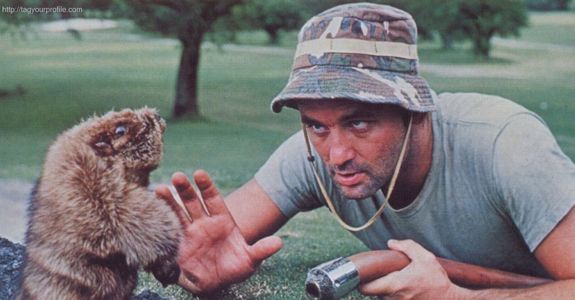 Cool trick: Quote Caddyshack. No matter what year he was born in, guys love Caddyshack (1980), but guys who grew up in the ’80s will appreciate you having a knowledge of history, especially film. They’ll love it if you bring up a classic movie you like (anything directed by Martin Scorsese pre-Kundun, anything directed by Woody Allen pre-The Curse of the Jade Scorpion, any decent movie filmed before 1970). And if you know who his favorite author is and what he or she wrote that was culturally important, you’ll have won his heart. These guys are too self-involved to try to be 2011 cool.

Conversation-starter: Share a story about when you got your first cell phone and how different things were before that — and then ask him when he got his first mobile.

Cool trick: Make sure to say “bless you” if he sneezes. That’s a big deal if your guy loved the movie Singles (1992). The key to Bridget Fonda’s definition of true love was whether a guy took the time to bless her after she sneezed. Strangely enough, dudes remember that.

Conversation-starter: Talk about how weird it is that the New Kids on the Block and Backstreet Boys are still touring — and your thoughts on whether it’s cool or kind of sad. Compare/contrast those groups to the Rolling Stones; he’ll surely have some boy band memories (love ’em or hate ’em) to share. Like when Jordan Knight attempted to make it a solo artist in 1999…by releasing this faux-edgy music video.

Cool trick: Express your disdain for one of the following: Justin Timberlake or Justin Bieber — but only if you’re truly not a fan. Example: “I mean, JT’s music is okay and all — Timbaland knew what he was doing on Justified — but what’s with the chicks who fall all over him? I love his Saturday Night Live skits, but I think he jumped the shark back on ’03.” Burn for JT! But points for you. The Justins are adorable, but dudes hate them (or wish they were them), and they love to hear that you see the emperor has no clothes.

Conversation-starter: Ask him if he remembers when “reality television” basically only meant Survivor and The Real World — and whether he thinks all of the new reality shows are awesome…or a blight on humanity. Prepare to tussle if you adore the Real Housewives franchise and he only watches the History Channel (and we love the History Channel, don’t get us wrong), but it’s hot if you can back up your points with intelligent commentary! Try reading the book Everything Bad is Good for You: How Today’s Popular Culture Is Actually Making Us Smarter as a primer.