Welcome to Love Happy,where we help you successfully navigate the ups and downs of relationship life and share simple tips for keeping love fun, fresh and on track. This week we’re reminding couples everywhere to ditch the silent treatment and speak up. 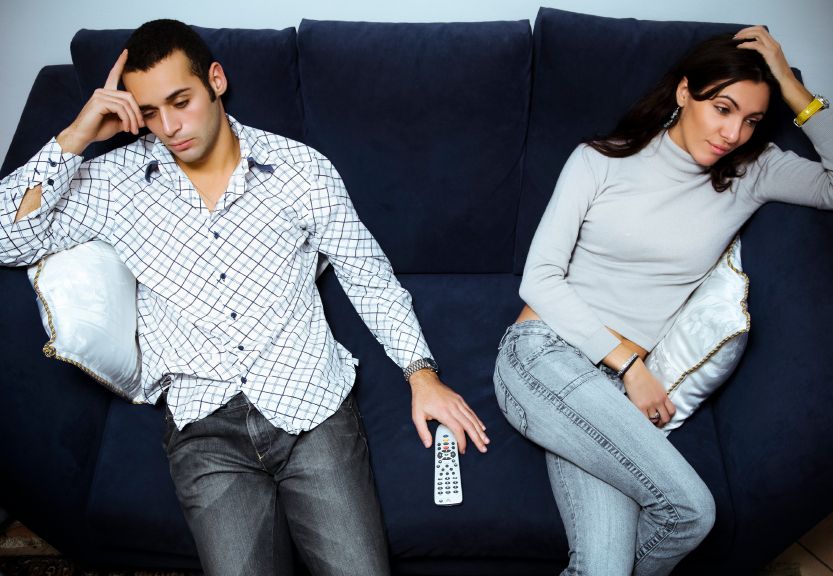 Women are often master manipulators, especially where relationships are concerned. I speak from experience. For years the biggest weapon in my argument arsenal was silence. No yelling, no stomping, no throwing things when I got angry at a boy – just silence (and maybe a few doors slammed to really drive home my point) – that I was right and he was wrong.

The allure of saying nothing at all

I’m not sure when I claimed silent treatment as my method of choice for showing men I was angry. I must have realized at some point that NOT saying anything at all was even more effective than yelling. No one likes to be ignored; especially men (who can act like little kids when they aren’t getting enough attention), and I used this to my advantage in high school, college and into my first few adult relationships with varying degrees of success. I became addicted to seeing men squirm and knowing they couldn’t stand my veil of silence.

The problem with silence

Although keeping mum on everything you’re feeling might seem like a good idea, letting your frustrations fester in an attemt to avoid being the first to give in and admit defeat will just make you more apt to blow up later – like while your guy is calmly watching TV – two weeks later. Yes, I have done this and trust me when I tell you it does not make for a very pleasant evening. Nor is it fair to your guy who most likely doesn’t remember that you were ever mad in the first place.

Since meeting, dating and moving in with my current boyfriend I’ve had to break my bad habit of going mute when things don’t go my way. When we first got together I continued using my trusted method of staying silent when I was upset (with dirty looks to match, obviously) but the BF would have none of it. Nope, this one needs to talk about things and won’t let me sit and stew without discussing what has me so mad. Unlike most guys, who tend to avoid talking about their feelings at all costs, mine has a healthy attitude towards clearing the air – making silent treatment a no-go. Sigh.

Why it’s better this way

As much as giving guys the silent treatment worked to my advantage in the past, I’ve come to realize that not discussing what’s bothering me can really have a negative impact on my relationship because then nothing gets fixed. I stay mad, he stays mad and eventually one of us is forced to give in (and, full-disclosure, I can keep up the angry/silent act for a long time). But where does that leave us? Just mad at each other for longer. By talking (and sometimes yelling) we make a lot more headway and end up in more positive place. I may still be tempted to stay quiet, but making the effort to explain how I’m feeling and why, is always a better decision.

Get treated with more respect

How to get him to grow up