Whether you’ve been with your man for a few months or several years, every couple can use some extra sex-piration at some point, and we’ve put together a list of some of the most tried and true methods for spicing up your love life no matter what stage your relationship is in. 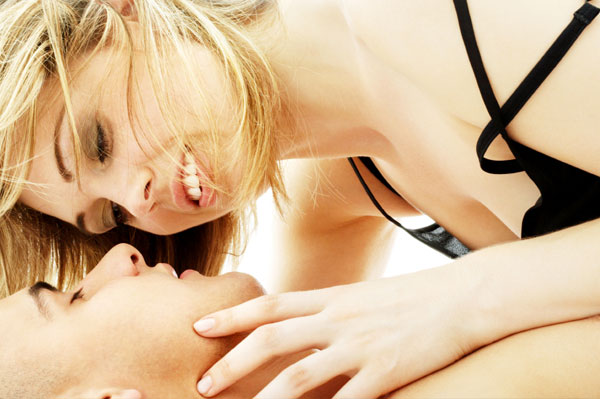 Have a position competition

Sure there are loads of books and magazines you can look at for inspiration, but we suggest seeing what kind of crazy positions you can come up with on your own. Make a game out of it and give yourselves ten minutes to each conjure up something you think would feel great and then try them out. The winning sex position wins a back rub later that night!

Have sex under the stars

Not in broad daylight in a park full of kids, obviously, but find a secluded spot, bring a blanket and get busy! The change of scenery and the fact you’re doing something that feels naughty should be enough to get your motor running in a way you may not have ever felt. Still nervous? Don’t be. According to Playboy’s 2011 sex survey, 76 percent of respondents have gotten frisky outdoors, so what are you waiting for?

Get out the video camera

OK, the lighting might not be optimal and there’s no makeup team to minimize the curves you don’t like and emphasize the ones you do, but capturing your sexy times on film can be fun – and a total turn on. According to the survey mentioned above, 70 percent of women surveyed have been photographed nude, and almost half have been snapped while having sex. So get the camera, put it somewhere sturdy and get down to business. Just knowing the camera is there will make you feel more excited.

Have an affair…with your guy

Ideally you’ve never had an affair, but you’ve probably seen enough movies to know how the whole thing works. Sexy emails, naughty texts, clandestine meetings and barely-there lingerie are de rigueur where cheating is concerned. There is something hot about illicit sex with someone you shouldn’t be sleeping with. Recreate the sneaky vibe with some of the above – buy some super-sexy lingerie, arrange for midday sex, send emails to your guy about what you’re going to do him when he gets home and encourage him to do the same. Trust us; you’ll be back on track to great sex in no time.

Have sex. A lot

Sometimes the best way to improve your sex life is to simply have more sex. If you’re married with a ton of to-dos, commit to sex at least once a week. If you’ve been together for less time but still feel like your sexy time could use some spice, set a goal to have sex every other day, or even daily for a month and see what happens. The more sex you have, the more likely you’ll be to find even more paths to amazing orgasms. And let’s face it — even when you’re not in the mood, usually all it takes to get into the idea of sex is to just do it!