Everyone knows why you should use a condom, but many men and women still aren’t doing it. Various sex surveys indicated that only about 50 percent of people always use protection during sex. Worse yet, research shows that up to 20 percent of people surveyed have never used protection. We talked to two women in very different situations who have one thing in common — they’ve never used a condom. 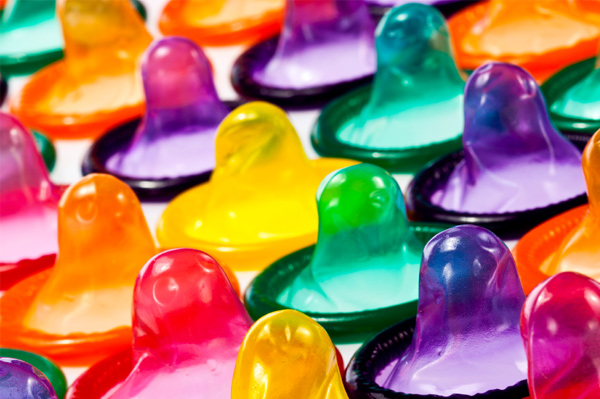 Marissa is a 34-year-old teacher living in Washington, DC. She’s been sexually active since she was 16. Currently, Marissa is not in a relationship, but has what she describes as a “healthy sex life.” The scary situation is that Marissa has never used a condom — ever. Why?

“I’m on the pill,” explains Marissa. “So I have never needed condoms to prevent pregnancy. And in all honesty, I think they are just a hassle.

“I actually tried using a condom once, but it seemed like it was too much trouble. Really, who wants to stop in the heat of the moment to open the package and roll that thing on.”

Marissa needs to get serious with her life. With sex partners numbering “upwards of 25,” Marissa is at serious risk to contracting a sexually transmitted disease, from HPV to herpes to HIV. Marissa visits the gynecologist every year or two and says that she’s clean. We say that she’s just lucky.

Some sexually transmitted diseases take months to show up. Others can be carried with no symptoms but can still be passed on to your partner.

Billie is a 26-year-old chiropractor in Philadelphia. Billie has been with her boyfriend for just over two years. Prior to her current beau, she dated her high school sweetheart for several years.

Like Marissa, Billie has never used a condom in her life. Why?

Billie explains that she doesn’t need to use condoms because she trusts her boyfriend. “My boyfriend would never cheat,” she explains. “I know he loves me and that he has enough respect for me that he’d never step out of the relationship with someone else.”

Though she doesn’t delve deep into her boyfriend’s sexual history, she’s not concerned about it. “If he had something from a previous relationship, it would’ve shown up by now,” Billie says. “I figure that if we are clean now, then we’ll stay clean. I know neither one of us will ever cheat.”

Has she been tested? “I go to the doctor once a year for a check-up and I’ve never had any concerns,” says Billie. “I have never been tested for AIDS or anything — but I’m not worried about it.”

Though Billie is in a stable relationship now, that doesn’t mean she is safe or protected from STDs. If Billie wants to continue to be condom-free, both she and her boyfriend should be tested for everything, including HIV, then wait six months (using condoms in the meantime) and be tested again.

Where do condoms come from?
Teens and birth control
The lowdown on hooking up

50 mins ago
by Lauryn Higgins