Is that an Easter basket on your head? While her style remains classic and conservative, Kate definitely doesn’t shy away from eccentric headpieces. Her fascination with fascinators has inspired an international craze for over-the-top toppers. Here’s how to steal the look.

Hair accessories can be the easiest way to inject some life into an otherwise ordinary ensemble and coin a trademark trend at the same time. Just look at Blair Waldorf with her girly bow headbands or Isabella Blow and her wardrobe of wild hats.

Kate’s fascination with the fascinator

For our princess bride, it’s all about the fascinator. She sported one when announcing her engagement to Prince William and has been seen in styles ranging from quirky to couture. Although she plans to keep to tradition on her big day with a veil and loose, natural waves, Kate’s reportedly hired high fashion milliner Philip Treacy to design pieces for her bridal party. Treacy, known for his daring designs, will no doubt aid in pushing this trend to the top — literally. He was the mastermind behind the feathered fascinator Camilla Parker Bowles wore for her 2005 wedding to Prince Charles.

But you don’t have to be regal to play head games. Royal watchers are apparently snatching up haute headbands to wear while watching the public affair. Get ahead of the trend by testing out two gorgeous hair accessories lines. We rounded up two of our favorite hair accessories lines below: 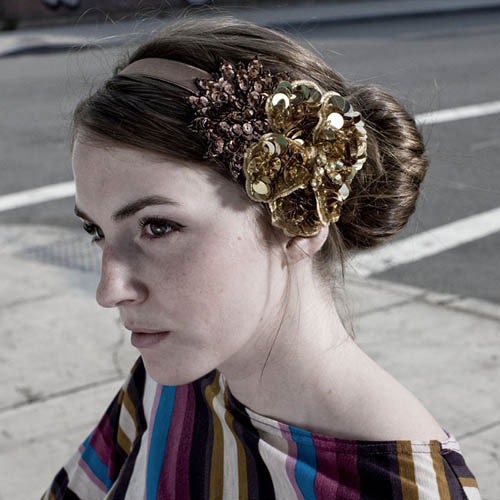 Pieces from the Plume line are perfect for the bridal party, or even every day. 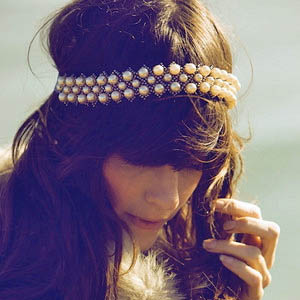 For those looking to crest their crown with the slightest sparkle, try looks from the Los Angeles line Berman. We can’t get over the Moroccan Pearl headdress. The stretch headband features three rows of pearls for a truly glamorous look.

11 Relationship & Dating Podcasts Everyone Should Listen To

7 Sex Positions to Try on Your Absolute Favorite Chair