You spent days (OK, months) obsessing over the last guy to break your heart. Not a day went by that you didn’t think about him or consider calling or texting. But recently, something has changed. Could it be? Are you finally over him? Here are four signs you’re well on your way to being free from incessant thoughts of your ex. 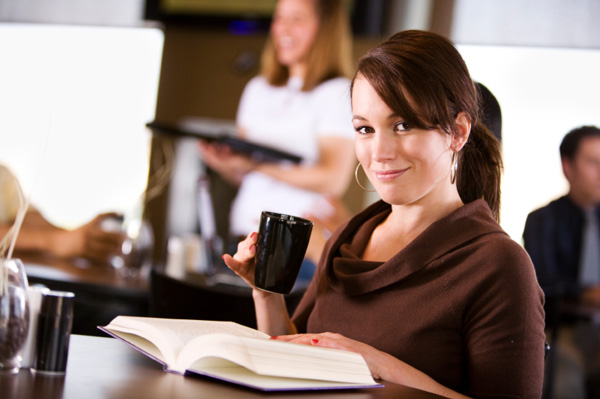 You’re finally over your ex if…

You don’t wish for reconciliation.

Immediately following a breakup (especially if you didn’t see if coming), wishing for him to have a change of heart is common. You’re constantly looking at your phone to see if he’s texted or called, hoping he’ll come to his senses and admit he made a terrible mistake. If, however, you woke up today thinking instead about what to have for breakfast or where to grab brunch with your BFFs, your obsession with the past is likely over.

Read about how to handle breakup pains >>

You no longer hate him.

Getting dumped sucks and can cause a lot of overwhelming emotions — most of which are variations on anger and frustration, likely leading to hate. Things might be looking up if you no longer have the overwhelming urge to scream whenever you think about him. When the strong feelings of hate are replaced by apathy or you (gasp) now wish him well, you are on your way to being over him.

You don’t dread running into him.

When you’re on the wrong end of a breakup, the thought of running into your ex can cause a major meltdown. You’re worried about who he’ll be with, what he’ll say and do, if he misses you — it’s enough to send even the sanest among us into a tailspin. If the last thing on your mind is the possibility of seeing your ex, though, he’s probably almost out of your system.

If you can now look at Facebook (or any other) photos of him without wanting to scream, cry or both, it’s time to celebrate. If you still had feelings for him, the mere thought of seeing pictures would be unbearable — so if you no longer care when you see him tagged in a mutual friend’s album, good for you! You are well on your way to being totally over your ex.

Find out what to do when your ex has someone new >>

More about breakups and healing