Your guy friends aren’t just good for laughs and the odd emergency dates for weddings and high school reunions. Your male BFFs actually can teach you a lot. As much as you hold your girlfriends dear, chances are you’ve come to appreciate what you can learn from your guy pals — and if not, you should. Here are a few of the best. 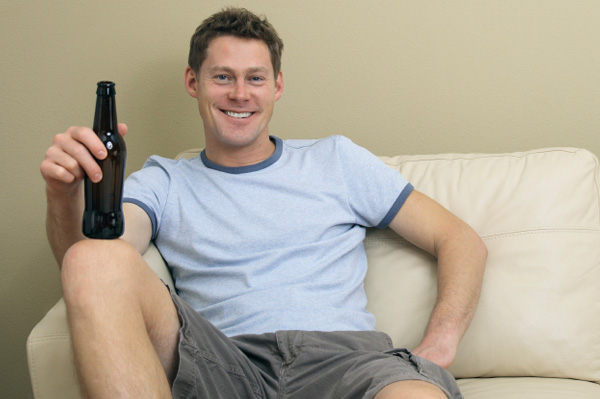 Not everything is a crisis.

As women, we tend to freak out faster — and more frequently — than our male counterparts. Not every woman is prone to panic, but we women tend to sweat the small stuff. Your male friend probably doesn’t get why someone cutting in front of you at Starbucks or the fact the restaurant lost your reservation was that big of a deal. Guys are often much better at overlooking the little things that don’t matter in the long run — a great trait to acquire.

Many guys are much more inclined to let loose and have a good time without feeling like they should be getting extra work done or squeezing in a yoga class instead of going out with friends. Guys usually don’t need an excuse to have fun, whereas women often feel the need to justify enjoyment or use fun as a reward. Everyone is entitled to blow off steam, so follow in the footsteps of your guy friends and don’t overthink that invitation to go dancing. Just do it!

Worrying about weight is overrated.

How many of your guy friends worry about the number on the scale or size of their thighs? Yes, some guys are more concerned with having a buff bod than others, but most men tend not to let their body images get them down. A woman is much more likely to let her waist size rule her state of mind, which is an unhealthy habit that just drags her down. Being healthy is good, and so is maintaining a healthy weight, but you won’t see your guy pals lamenting the fact they don’t look like Brad Pitt — so stop worrying about not being as long or lithe as Angelina.