Work, stress and the daily ebb and flow of life can make it hard to stay connected. Sometimes, people don’t even realize a relationship is faltering until problems stare them in the face. Here are a few glaring signs that your twosome is long overdue for a tune-up. 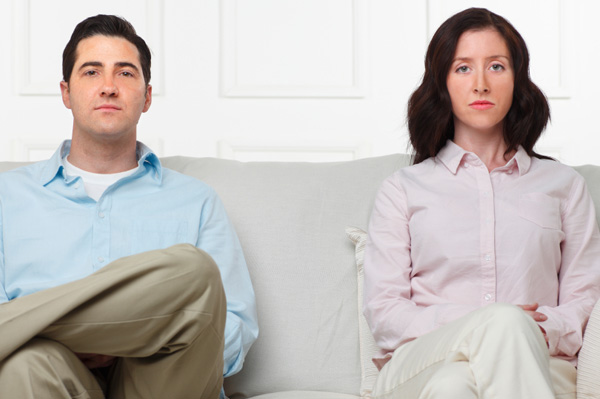 You go days without talking.

Conversation is an important part of a healthy relationship. If you can’t remember the last time you and your man really talked (and asking him to take out the trash doesn’t count), it’s time to kickstart conversation with your guy. Make an effort to ask about more than his day (some guys hate talking about work) and instead fall back on topics the two of you used to discuss at length (goals, politics, what you love and hate about life). Failing that, bring up something that’s happening in the news, or talk about a movie you’ve both seen. The point isn’t to have the most sparkling discussion you’ve ever had — just get the flow back by talking!

You go weeks (or months) without sex.

This is a tough one. No one wants to talk about the lack of sex in a relationship, and it’s often easier to let a dry spell go on without ever discussing it. If it’s been over a month since your last sexy time session, though, at least think about addressing possible reasons. Maybe you’re on opposite schedules or one of you just took on more responsibilities at work. Whatever the reason, figure out a way around it so your sex life doesn’t suffer any more than it already has.

You don’t do anything together.

Watching TV, though relaxing, doesn’t count as something you do together. Being in a relationship means doing things with your partner — traveling, exercising, cooking or hiking, for example. Choose an activity you both like or that you used to do together and make time for it. Even twice a month is a good start to get your twosome back on track.