Conventional diet and exercise plans recommend exercising 60 to 90 minutes five days a week and the need to eat five small meals a day. But a new program breaks those rules to help people boost metabolism and get lean with lifestyle changes that work for hectic schedules. Here’s more on “turbocharging” your metabolism by not dieting nor exercising. 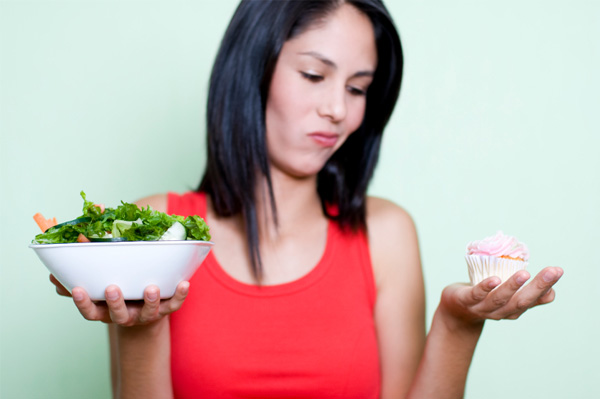 Leave diet and exercise rules behind

Most weight-loss diets suggest decreasing calories, consuming a balanced diet based on the USDA pyramid, increasing aerobic exercise and strength training. But this formula has put most people on a downward cycle of added pounds and less energy, says Dian Griesel, Ph.D. She teamed up with her brother Tom Griesel to author the new book TurboCharged: Accelerate Your Fat Burning Metabolism, Get Lean Fast and Leave Diet and Exercise Rules in the Dust. 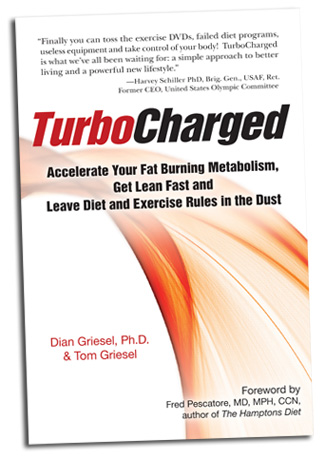 “The [conventional diet and exercise] formula, [unlike the TurboCharged plan] usually results in loss of lean body mass and a reduced base metabolic rate (BMR),” Dian says. “It also comes with overwhelming sensations of hunger and bouts of anxiety due to the significant caloric energy deficit created. People end up quitting after varying lengths of time and going back to their old way of eating, which they find quickly adds any lost pounds back, along with a few more as the body seeks to reinforce reserves. Typically, those in this cycle end up with more fat than they originally started with. ”

The key to slimming down is not rigorous aerobics and strength training while decreasing calories; the body responds by eating away at muscle for fuel. The brain realizes this, recognizes it as a problem and pushes back by what we perceive as intense feelings of hunger and anxiety. Dian says, “Maintaining or increasing muscle mass, which can be done in minutes a day without setting off defensive triggers, while doing the kind of everyday activities we highlight in TurboCharged – yes, laundry and cleaning count! – the primary source for energy will be body fat.”

Other roadblocks in conventional diets are eating the wrong foods, highly processed and filled with empty calories, and not keeping well-hydrated, a common culprit in false hunger. The TurboCharged plan is touted as an eight-step program that retrains the body to use body fat for energy; no gym or special equipment is required. The book explains causes of food cravings and false hunger and how to easily counter them. It also shows people how to visualize their dream body and keep going until they have accomplished their goals.

There are no more excuses allowed, Dian says. “I’m a 50-year-old CEO and mom. My body fat was consistently coming in at 34 percent. Within my first 20 days of ‘turbocharging’, my body fat percentage was down to 21 percent and a year later consistently falls in the 13.5 to 15 percent range.” She still enjoys red wine and the recommended foods, while working all the program steps.

More on boosting your metabolism and losing weight

How to reset your exercise mindset
How to lose weight and still enjoy carbs
Burn more calories: Tips for a high metabolism