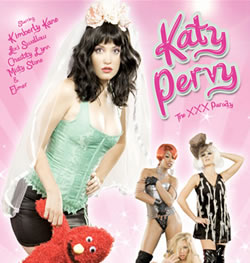 When Miley Cyrus turned 18, she became a legit adult… and a seriously popular sex doll. Her blow-up likeness, Finally Miley,  sold out in 48 hours. Speaking of pervy… 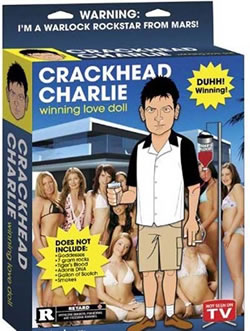 Inspired by Charlie Sheen, the Crackhead Charlie love doll is named after his infamous departure from Two and a Half Men — it also sold out in one day. The box pokes fun at some of his best quotes:

“Just add air and this neurotic nutjob will show you his two and half personalities, warlock fangs, fire-breathing fists and Adonis DNA.”

TMZ reported this Mischa Barton sex toy today. It was found in China and seems to be some sort of vibrating ring with her face clearly on the packaging. Sometimes you need a little Barton to get the night rolling. 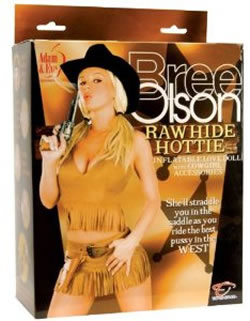 If you’re jealous of that rock star from Mars or just want to meet up with a goddess, you can order a life-size inflatable copy of Charlie Sheen’s previous love, Bree Olson.

This inflatable love doll is designed to look like Lady Gaga. We’re pretty sure the Mother Monster would not approve. 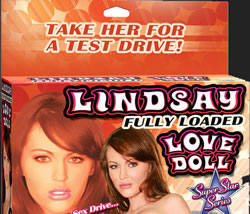 Based off her role in Herby: Fully Loaded, this Lindsay Lohan sex doll is fully loaded for your pleasure. Ew!

Kim Kardashian has another sex tape! Except this one does not star the actual reality star. Remember her Carl’s Jr. commerical? Yeah, imagine that, only with no clothes.

Everyone’s favorite guidette is now a love doll. Snookie might not be able to find love on the Jersey Shore, but plenty of people are finding love with her likeness every night.