Fruitcake, routinely rated as one of America’s least favorite holiday time treats, is set to be served at the big April 29 event. Leicestershire-based cake designer Fiona Cairns has been selected to design. Could the formerly undesirable dessert be having a moment? We dug into the storied past of this sentimental sweet. 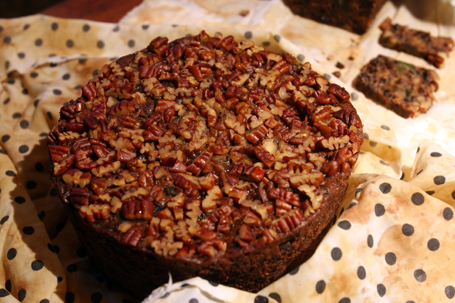 An ornate multi-tiered fruitcake, iced with cream in a “strong British floral theme” is set to sweeten the April 29 royal nuptials.

To be fair, the couples’ creation will be nothing short of couture. This isn’t your standard seasonal spice-and-nut variety. The regal treat, to be designed by master caketress Fiona Cairns, will take four weeks to mature with each brandy-flavored tier consisting of a different theme.

With its new royal ranking, wedding trend insiders predict the celebratory sweet to launch a new fad. In honor of the underrated edible, we sliced into some of its rich sentimental history.

Read on for more about the royal wedding fruitcake >>

Below, a few quick facts about fruitcake:

The fruitcake made its debut back in the 1400s after the Brits figured out a way to import dried fruits from the Mediterranean.

Talk about dream dessert! Unmarried wedding guests used to put a sliece of fruitcake under their pillows to hopefully dream of their future spouses.

In Ancient Egypt, fruitcakes were buried with the dead. It was believed that the everlasting treat wouldn’t spoil on the journey to the afterlife.

A properly preserved fruitcake ( AKA one that’s been covered with an alcohol-soaked cheesecloth and then wrapped in plastic wrap or foil) can be kept unrefrigerated for years without spoiling.

Make your own “royal” fruicake with this recipe >>

More on the royal wedding