Prince William plans to go ring-free after the royal couple wed, according to British palace officials, shaking up tradition. Is it okay for fellow jewelry-hating grooms to follow in his footsteps? What are the alternatives to a basic band?
We caught up with Greg Kwiat, CEO of Fred Leighton, to get the answers. 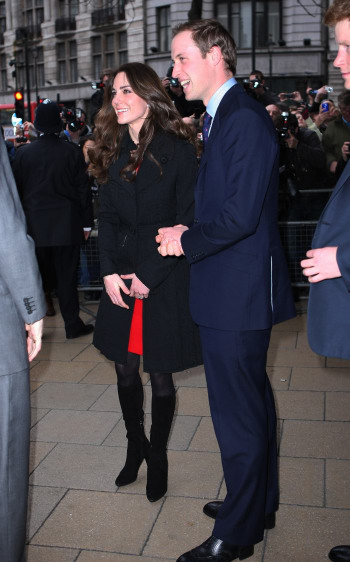 Palace officials recently confirmed that there will be only one band present at the April 29 royal wedding. The ring, to be worn by Ms. Middleton, is made of rare Welsh gold, a long-standing royal family tradition dating back nearly 90 years. In accordance with the couples wishes, Prince William’s ring finger will remain bare.

“In my experience, most men do choose to wear the ring,” says Greg Kwiat, CEO of Fred Leighton. “Some opt not to for reasons of comfort. I wouldn’t call it a trend, but I’ve seen it happen in about 10-15% of new marital situations.”

According to Kwiat, alternatives to a wedding ring are somewhat limited.

“I’ve seen women wear rings attached to a necklace in lieu of wearing it on the finger. For men, I’ve seen cufflinks and watches presented as wedding gifts to mark the significance of the marriage event,” says Kwait.

He suggests men not fond of wearing jewelry should try to get used to it. “My personal view is that there is no true substitute for the traditional wedding band. It may be unfamiliar at first, but eventually the ring becomes a natural part of the hand.”

For couples looking to stay on pulse with the current trends, Kwiat says the stacked look can be a way to express individuality and fashion.

“Some woman are choosing to wear a stack of thinner rings together on one hand. The arrangement of a stack of rings in an array of colors, shapes, and sizes allows for a more personal statement.” 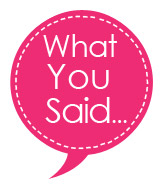 TELL US: Does your husband wear his ring?

My husband doesn’t wear a wedding ring, its up to him if he wants to or not. Maybe rings bug him.
-Vanessa D.

No. He doesn’t. A diamond fell out of it and we never got it replaced. It’s been almost 13 years. I don’t think wearing a ring should define a marriage. It never has for us and we’re still happy married and in love. =)
-Ana L.

Mine didnt and it always hurt me. He put it on when I told him I was leaving…too little too late…is supposed to be a symbol of devotion…
-Katrina B.

Yes… he wears it ALL the time. At home on the job (hes a cop) always. Our rings are not expensive ones. His was $30 and mine was $1000 for my engagement ring and wedding band. It is the meaning of it for us. I don’t think the ring defines the marriage, but it is a symbol. It i s important and what’s he point in exchanging rings if he doesn’t wear it? That’s just lame.
-Summer S.

My husband was very proud to wear his wedding ring up until the day he passed away.
-Sheryl P.

My husband has worn the same wedding ring for the last 19 years as have I…PROUDLY! Who does he think he is??? A Prince??? LOL
-Pamela G.

She needs to wait until they are married and then KICK HIS ROYAL A**!
-Mary E.

Neither of us wear our rings, I am very sensitive & don’t wear jewelry, we have the bands we used to exchange… I never got an engagement ring either… I’d rather have a full cupboard, a running car & a roof over my head than what size of diamond he could get me! =)
-Angel W.

6 mins ago
by Lindsey Lanquist