Meningitis occurs when the membranes (meninges) surrounding the brain and spinal cord become infected and inflamed. Both the viral and bacterial forms of the debilitating disease exhibit similar signs and symptoms at first — but bacterial meningitis is generally much more severe. Figuring out whether the meningitis is bacterial or viral immediately is crucial, because the treatment and risks for each type are very different.

Related story Should You Be Worried About Kissing Your Newborn? 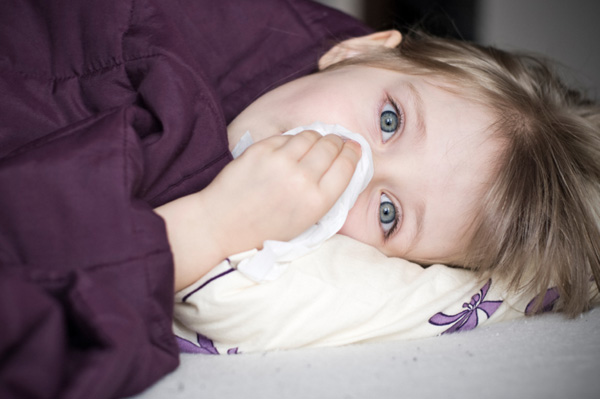 The viral form of meningitis is more common and is sometimes referred to as “aseptic meningitis.” Viral meningitis is caused by a number of different viral infections including mumps, herpes, Epstein-Barr, varicella zoster (the virus that causes chickenpox), measles and influenza.

Doctors diagnose viral meningitis by collecting spinal fluid through a spinal tap and having it analyzed in a lab. If no bacteria are detected in the fluid but the patient is exhibiting the signs and symptoms of meningitis, the patient is thought to have viral meningitis. The Centers for Disease Control and Prevention says that symptoms for viral meningitis either appear quickly or manifest over several days — usually following a cold, runny nose, diarrhea, vomiting or other signs of infection. Illness from viral meningitis generally lasts seven to 10 days, and the patient typically sees a full recovery.

Viral meningitis is contagious, so good hygiene is the best way to avoid being infected. Some vaccines, such as MMR and varicella-zoster, can protect children from the diseases that can lead to viral meningitis, so it’s important to keep children up to date with the recommended childhood vaccination schedule.

As with viral meningitis, this form can be diagnosed only by collecting spinal fluid with a spinal tap. If the bacterium that causes the infection is detected, it can be treated with intense antibiotics that can reduce the risk of death. Lack of treatment or complications from bacterial meningitis include hearing loss, blindness, loss of speech and memory, brain damage, paralysis, kidney and adrenal gland failure, shock and death.

Some forms of bacterial meningitis are contagious and usually spread through respiratory and throat secretions (oral contact and exposure to coughing or sneezing). Effective and safe vaccines, such as that for Hib, can protect individuals from some of the bacteria that cause bacterial meningitis.

If you or someone you know is experiencing any of these symptoms, get to an emergency room right away. Fast action saves lives.

All the Black Friday & Cyber Monday Sex Toy & Wellness Sales You Need to Shop — Up to 80% Off!

Rebel Wilson Opens Up About Having an ‘Unhealthy’ Relationship With Food

Everything You Need to Know About At-Home Covid Tests