It’s the celebrity dating story that no one really wanted to accept was true: 26-year-old Scarlett Johansson and 50-year-old Sean Penn a couple? Really? 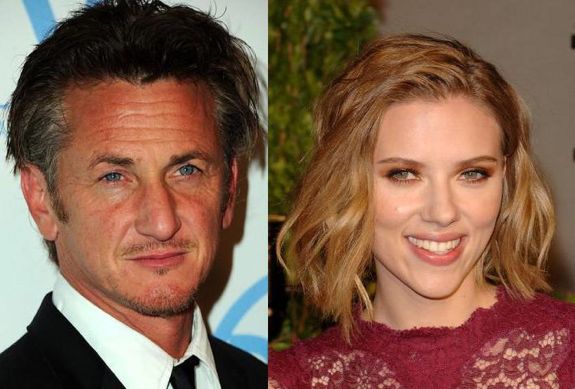 ScarJo and Penn’s coming-out party was Reese Witherspoon’s wedding to Jim Toth. According to Us Weekly, “After the table cleared, she sat in Penn’s lap — and they made out in full view for 15 minutes.”

The pretty Lost in Translation star, singer, and political activist recently came off of a divorce with hunky Ryan Reynolds, which makes weird, rifle-wielding Oscar winner Penn a bit of an odd choice for her next beau.

So what makes Penn so appealing? Gossip hounds say it might be his activist streak that makes Johansson go weak in the knees. They first connected when she wanted to go to Haiti for Oxfam.

They’re not the first talented but mismatched couple to make a public statement. Angelina Jolie was 25 years old when she and Billy Bob Thornton, 45, stepped out (and made out — a lot) on the red carpet back in July 2000.

But think of it this way: after years of dating beefcakes like Reynolds, Josh Hartnett, and Justin Timberlake (rumored, anyway), ScarJo has a right mind to date a man who knows his wine, his politics, and his professional craft. As an ABC News story posited: “It’s the romantic equivalent of trading a can of Coors Light for a 1992 Screaming Eagle.”

No kidding: On a trip earlier this month, Us Weekly reported the pair spent a day at a pricey resort in Cabo San Lucas kissing and drinking cocktails.

After retreating to their $3,860-a-night ocean-front suite, the handsy duo didn’t emerge until 2:00 the following afternoon for a liquor-loaded lunch at the hotel’s Sea Grill (three margaritas and a shrimp cocktail for her, three pina coladas and lobster for him).

8 mins ago
by Bethany Ramos

23 hrs ago
by Dr. Lexx Brown-James