If you’ve loved and lost, you probably still think about the one who got away. A recent survey suggests that the most common regret among American adults involves a missed opportunity at love. In fact, 44 percent of women surveyed (and 19 percent of men) listed romantic regrets as their most memorable, the survey found. If you’re still hanging onto feelings of romantic regret, here’s how to move on. 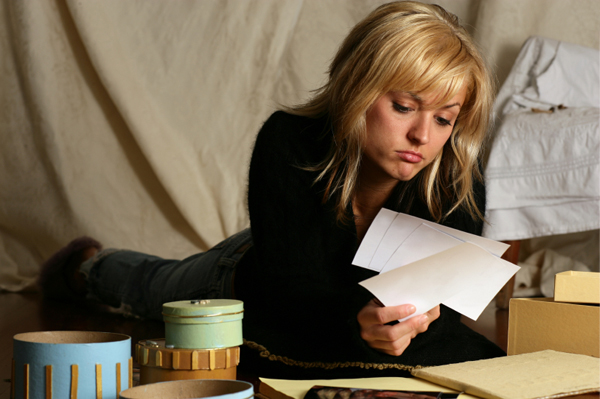 Stay in the present.

Dwelling on something you wished you’d done or said or thinking about how a situation could have turned out differently had you only acted on an impulse can drive you crazy — and it’s a total waste of time and energy. Plus, it only makes you feel worse about the situation. Your life is in the present, not the past. So keep reminding yourself that life goes on with or — if you allow past regrets to pull you down — without you.

Think about what you’ve learned.

Sometimes, the only way to let go of regret is to think about the situation in a whole new way — as a lesson, rather than some kind of failure on your part to make a good thing work. If you can take a life lesson away from a romantic regret, you’ll gain new perspective on a time in your life that, so far, has caused you only sadness. Putting a positive spin on a feeling of regret can take the sting out of feeling like you missed out on something you’ll never get back.

Consider that it wasn’t meant to be.

Not everyone believes in the idea that everything happens for a reason, but that way of thinking can help you break free from living in the past and holding onto romantic regret. Consider that the love that you lost or the romantic opportunity that passed you by just wasn’t meant to be. Something stopped you from talking to that guy or running away to France with the cute boy you met at a hostel; the fact that you said “no” or walked away means that the situation probably wouldn’t have worked out anyway. Maybe you did yourself a favor in the long run by not choosing a certain romantic path.

More about moving on