Cancer is a scary word. No one wants to think about the possibility because it feels like something we have no control over. But the fact is, we do have a role to play when it comes to cancer prevention. We can’t snap our fingers and make it disappear or pop a pill to totally eliminate the possibility, but there are many ways to cut the cancer risk — the biggest being eating better and moving more. Here are a few top tips to prevent cancer. 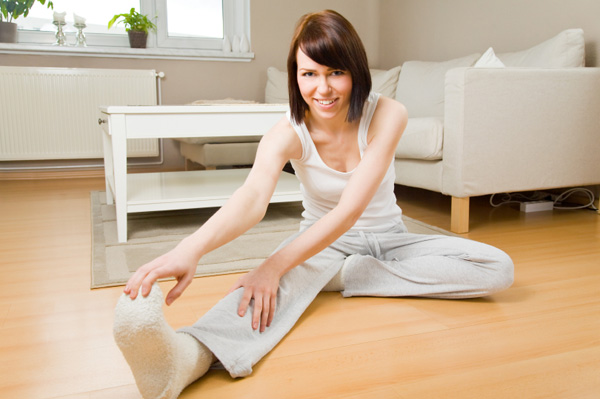 According to the American Institute for Cancer Research (AICR) one in three adults older than 50 are unaware of the link between aging and increased cancer risk, and many believe it’s too late to take action. To help combat this mistaken belief, the AICR has launched a new awareness campaign – It’s Never Too Late to Lower Your Risk – as a way to empower people to take control of their health.

We got some insight from AICR nutritionist Alice Bender, M.S., R.D., about why so many people believe cancer is completely beyond their control, and how we can take charge and minimize our risk – at any age. “We continue to age and we can’t change how old we are, however we can have a positive and healthy impact on our aging bodies through diet, physical activity and healthy weight,” she says.

Why people feel powerless against cancer

It’s common for people to think that cancer is out of their control, or as Bender suggests, that it “just happens” or that it’s due to genetics. The other issue is that for many people, making healthy choices isn’t always easy. Families may not have access to affordable healthy foods, and parents and young adults who work long hours often don’t the time or energy to prepare healthy meals. There is also a tendency among many people to think that being physically active means going to the gym, rather than simply spending less time on the couch, Bender says. “Making lifestyle changes is a long-term effort and Americans do tend to look for the quick and easy way to address problems,” she explains.

Despite the large number of people who haven’t woken up to the power they have over their health, there is a positive shift starting to happen. People of all ages are becoming more aware of the impact diet and how much they move can have on the risk of chronic disease, including cancer, Bender says. It may seem daunting to shift from being sedentary and not thinking about what or how much you’re eating to focusing on leading a healthier life, but study after study has shown that good health (being physically active, eating a mostly plant-based diet and limiting processed food) cuts cancer risk. “If Americans were to eat smart, stay lean and move more, we could prevent about one out of three of some of the most common cancers in this country,” Bender says.

Moving more seems like no-brainer when it comes to cancer prevention, but many people remain sedentary. Bender shares some simple tips for adding activity to your daily routine.

What we put on our plates (and and in our bodies) can have a huge impact on cutting cancer risk. This means filling up on fruits and vegetables, which are nutrient-rich, low in calories and linked to cancer prevention. This includes moderate amounts of whole grain foods such as brown rice and whole wheat bread and pasta, and adding beans, including kidney, black, chickpeas and lentils – a great source of protein and part of a cancer-fighting diet.

Avoid sugary drinks and limit your consumption of processed foods, which are almost always high in added sugar and fat, and often low in fiber. The AICR also recommends limiting red meat to 18 oz. (cooked) or less per week (3 oz. is about the size of a deck of cards) and avoiding processed meats, which tend to contain a lot of sodium and other preservatives.

Staying lean is very important when it comes to cancer prevention because excess body fat is a cause of several kinds of cancer, Bender says. “If everyone followed just that one recommendation, over 100,000 cases of cancer could be prevented every year.”

For more information, tips, tools and recipes, visit the AICR website at www.aicr.org.

How to stay fit around the house

More ways to reduce your risk of cancer

6 hrs ago
by Morgan Sullivan

14 hrs ago
by Sara Lindberg