You may want to give most people the benefit of the doubt, but sometimes you need to be careful where friendships are concerned. Here are some signs you’re dealing with a bogus BFF who secretly might be out to get you.

Related story Costco Is Selling a ‘Friends’-Themed Advent Calendar & Could We BE Any More Excited?! 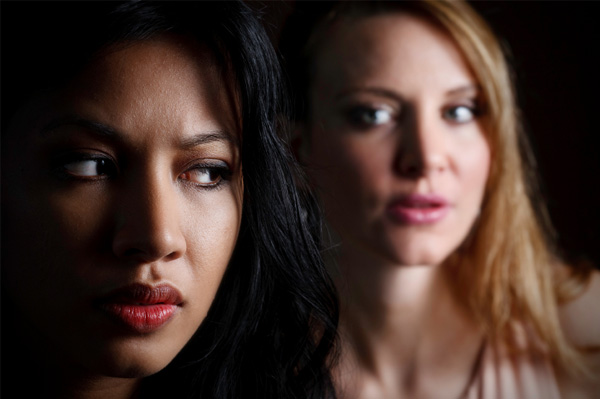 She only calls when she wants something.

A good relationship has balance. If you expect someone to be there for you, you should be willing to be there for her. Some people, however, don’t quite grasp this concept or just don’t seem to care about it. If you’re dealing with friend who seems to be available only when she wants to borrow something, complain about her job or lament her latest crush — but who disappears whenever you need support — she’s probably not worth the effort.

We all exaggerate sometimes, and some people are more prone to hyperbole than others. Still, someone who doesn’t seem to ever tell the whole truth isn’t worth having around. If you know she has a problem telling the truth, you won’t be able to trust her — and a friendship without trust just doesn’t work.

A little friendly competition can be fun, but she’s not a worthy friend if she’s always trying to one-up everything you do and can’t be happy for you when something good happens. True friends don’t act jealous or feel the need to undermine others’ accomplishments; instead, they’re happy for their friends’ successes.

She tries to rule your life.

Bossy people weren’t fun to deal with on the playground, and they aren’t fun to deal with now. Friends who think they know better and constantly talk down to you are more frustration than they’re worth. When a friend criticizes any choice in which she didn’t have a hand (whom you date, what you wear), continuing to hang out with her is too much of a drain on your energy and self esteem.

Unlike men, who tend to fight on a physical level, women attack emotions. If one of your gal pals always seems to be making you feel bad, it might be time to reconsider her place in your life. You can only give her the benefit of the doubt for so long until it’s time to put an end to the bullying and say bye-bye to your BFF.

4 hrs ago
by Dena Landon