Charlie Sheen is like an impending train wreck – we know it’s going to have a gruesome ending but we can’t help but watch it. Why are we so obsessed with watching Sheen’s downward spiral? Is it because we know people like him, or does his behavior remind us — even just a little — of some of our own conduct? We talked with behavioral expert Beverly Flaxington, author of Understanding Other People: The Five Secrets to Human Behavior, to get a deeper understanding of the public fascination with Charlie Sheen and how we can protect ourselves (and our integrity) when faced with people like Sheen. Here’s what Flaxington had to say. 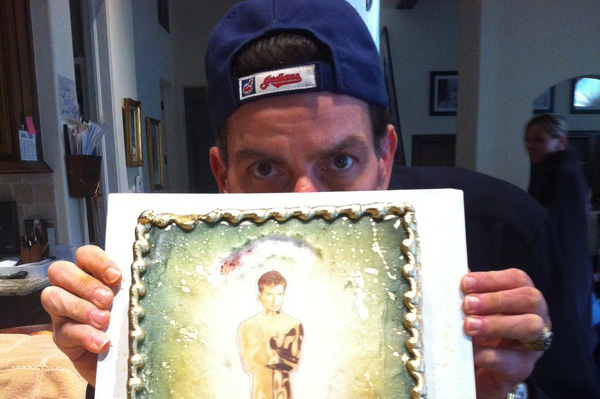 News about Charlie Sheen’s downward spiral only continues to increase, with the latest rash including a restraining order to stay more than 100 feet from his estranged wife Brooke Mueller and his twin boys. Though his highly publicized behavior should cause concern, both the media and the public are eating it up. Can you believe that ABC’s 20/20 interview with Sheen gave the network the highest ratings for a newsmagazine program in more than two years? In many ways, we are enabling Sheen by tuning in to him (it’s easy, right?). But why?

Domestic abuse: Can you really help the batterer? >>

We watch Charlie Sheen to make ourselves feel better

SheKnows: Why are we so fascinated with Charlie Sheen’s behavior?

Beverly Flaxington: Deep down inside there is a part of us that is both connected to, and repelled by, Charlie’s behavior. We are all capable of acting out or doing things under stress that we often aren’t proud of, so by watching Charlie we [can relate], although we may not admit it to ourselves. In another way, we also like to have the ability to point the finger and say, “I might have my quirks but I would never do anything like that.” By watching him derail, we can feel somewhat superior in our confidence that we’d never resort to or devolve into this type of behavior.

SheKnows: With the media sensationalizing Charlie Sheen’s downward spiral, do you think its going to give the green light for unleashed craziness, or do you think it’s going to open the public’s eyes to just how terrible this behavior really is?

Beverly Flaxington: Well, let’s face it — sensationalism sells, so the media is incentivized to both encourage and profile this behavior from a ratings perspective. What is being profiled, though, has nothing to do with human compassion or even “opening our eyes” because 99 percent of the people watching this aren’t like Charlie Sheen — they don’t have his riches, his connections and his public persona. So in effect there is no possible positive outcome because, again, we want to separate ourselves and say we’d never do what he is doing — while in reality, we’d never get the chance to even if we could or would!

Turn off the Charlie Sheen hype

SheKnows: What are the lessons we can learn from Sheen and other high-profile people who seem like they might have gone off the deep end?

Beverly Flaxington: The biggest lesson is to see how big the public appetite is for this type of thing. We’re not seeing headlines about the star who may be sacrificing to do some amazing charitable thing, or who may be working through relationship issues [in a responsible, adult fashion], or who may be putting their children first. We hear about these things, of course, but it never takes on the level of attraction that Charlie Sheen has taken on. I believe the best thing we can learn is to turn off the TV and refuse to participate in the hype — as a public response we need to show that we really don’t care. When it comes down to it, really, what does it matter to any one of us in our day-to-day lives?

Celebrities who are making a difference >>

SheKnows: How can we protect ourselves and our own integrity if we just happen to live, work or have to socialize with someone like Charlie Sheen?

Beverly Flaxington: Great question. The reality is that we all deal with Charlie Sheens of a different variety in our lives from time-to-time. The best thing is to recognize that they are the ones with the problem and they are choosing to act out for their own reasons. We don’t psychoanalyze them, we don’t allow ourselves to get triggered by them, we don’t submit to their ramblings and attacks. We adopt an attitude of “Interested Observer” watching what’s happening but refusing to get drawn in to it.

SheKnows: From a behavioral expert’s perspective, what do you think is causing Charlie Sheen’s behavior?

Beverly Flaxington: Charlie Sheen is a hurting man, for sure. I’m not a mental health professional but I would have to assume there are some underlying mental issues — although I have also seen [otherwise mentally healthy] people under extreme stress behave in very outlandish ways. He may be finding the attention gratifying in some way and actually is seeking to continue to stay in the limelight by continuing these actions. In many cases, people are drawn to the attention they receive for negative behaviors so we really don’t know whether there is an underlying problem here or he is acting out because it gives him something he needs, from a psychological perspective.

Ways to take care of your own mental and emotional health >>

SheKnows: Do we watch Sheen or do we refuse to give him the attention he so obviously is eating up?

Beverly Flaxington: Turn it off and if someone brings him up just respond with, “Yes, poor guy. What’s up with you?” to turn the conversation in another direction!

17 hrs ago
by Dena Landon