Did you know that food can be your most powerful ally when stress strikes — or you simply need that extra oomph to get you through your exhausting day? No, we’re not talking about the all-too-easy urge to reach for sugary, fatty comfort food. We’re talking superfoods that will power you through a splitting headache of a day at work as well as give your mind and body a boost when you need to look and feel your best. Here are five food fixes we gleaned from Steve Perrine, author of the newly released Women’s Health Diet. 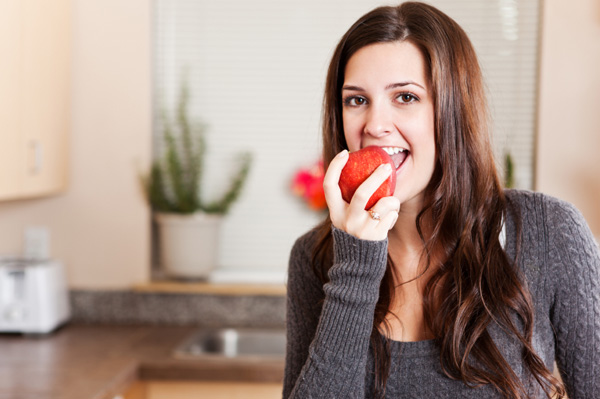 There’s no question that every single day you are faced with some form of stress – or at the very least a nagging inconvenience. Your diet is your best source of strength – that is, if you reach for healthy foods over the high-sugar, high-fat processed junk.

5 Food fixes when you need them most 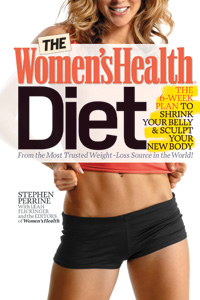 Ditch the triple espresso and bagel, and arm yourself with protein power. Perrine suggests eggs over easy with a side of bacon or ham. “A high-protein breakfast (like bacon and eggs) not only gets your metabolism revving and helps you burn calories, but a University of Illinois study shows that people who eat more protein at a meal have better circulation in the hours afterwards, meaning that your brain is getting a more steady flow of nutrients,” he explains. More nutrients to your brain means more mental gusto to get through your day.

The truth about protein in your diet >>

Perk up with peppermint when you need to focus

That work deadline isn’t going to wait for you to take a nap, so snap out of that groggy state with a cup of peppermint tea. “If you need to bear down and focus, researchers in Cincinnati found that peppermint improved people’s performance on tests that required sustained concentration,” says Perrine. He recommends keeping a few bags of peppermint tea in your desk and drinking it instead of a sugary, caffeinated beverage like soda, which, according to British research, can result in slower reaction times and lapses in attention compared with sugar-free drinks.

An apple a day can keep the buffet at bay

You’re stoked that you’ve finally lost those last five pounds, but now you face a dinner date at an all-you-can-eat buffet (which immediately sends your waistline screaming into the night). Perrine suggests preparing yourself with a fruit snack to keep you from overnoshing at the buffet table. “If your Aunt Edna is dragging you to the all-you-can-eat grease buffet, Penn State researchers found that people who ate an apple 15 minutes before a buffet dinner consumed 15 percent fewer calories.”

How to eat healthier at the buffet table >>

Pump up with vitamin C to put off a cold

Got the sniffles? Perrine suggests bolstering your immune system with kiwi, oranges and red bell peppers – all three are delicious sources of vitamin C. According to Perrine, studies show that taking at least 200 milligrams of vitamin C daily may help shorten the duration of cold symptoms. Additionally, Perrine recommends supplementing with ginseng to fight off recurring colds. In a Canadian study, people who took 400 milligrams of ginseng daily had 56 percent fewer recurring colds than those who popped placebos.

Saffron to the PMS rescue

The most expensive spice in the world is also one of the most effective PMS fighters. Perrine says that a pinch of this exotic spice can help “tame the monthly beast” by increasing serotonin levels, which fall before your period. According to research published in BJOG, a journal from the British Royal College of Obstetricians and Gynaecologists, women who took 15 milligrams of saffron extract in the morning and evening experienced significantly less irritability, fatigue, and depression.