If you look in the mirror and see unwanted pounds, does your mother’s voice pop into your head, reprimanding you for eating too many desserts? Does the thought of going bathing-suit shopping with your mom send you screaming into the night? 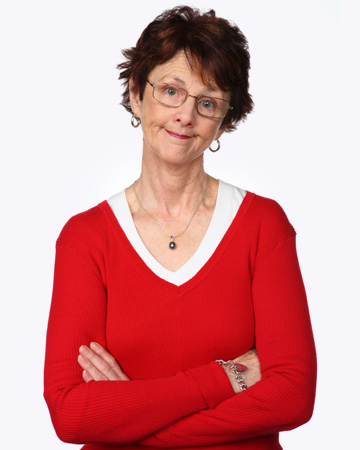 If so, you’re not alone. Many successful adult women still feel the influence of their mother’s opinion on their own body image, positive or — for many of us — negative.

A mother knows best – or does she?

SELF Magazine’s February issue features a story about the influence your mother and family have on your body. They reported that more than half the women who struggle with their weight say family members pressured them to diet while growing up. More than 70 percent of women who consider themselves overweight say their mother makes comments if they’ve gained or lost pounds. Others credit their mom for defining a healthy, fit body as the best goal.

Mom’s attitudes about their own bodies matter

So what can you do if your mom still calls the shots on your body image self-esteem? We spoke with Dara Chadwick, author of You’d Be So Pretty If … :Teaching Our Daughters to Love Their Bodies – Even When We Don’t Love Our Own, for advice.

“Moms definitely influence their daughters’ attitudes about their weight,” says Chadwick. “But it’s key to remember that it’s not just what you say to your daughter (or heard from your mother) about your body that shapes your feelings – it’s also what you heard your mother say about herself, especially if you have a body type similar to hers.”

Moms: “I don’t want you to look like me”

Chadwick encourages moms who want to set a positive body example for their daughters to nix the negative comments about their own appearance. “Instead, make a point of letting your daughter hear you say something positive about yourself every day.”

Adult daughters whose moms make negative body comments to them can help ease the hurt by asking themselves: Why would she say that? “When I was writing my book, one of the sentiments I heard most often from the moms was: ‘I don’t want her to end up like me,’ ” says Chadwick. “Some moms were so ashamed of their own bodies and were filled with such self-loathing that their No. 1 motivation for criticizing their girls was to keep them from experiencing those same feelings.”

If you’d like to mend fences, or at least find out what your mother bases her perspective on, gently approach the subject of body image by asking her how she felt about her own body when she was your age, suggests Chadwick. “She may open up. And while it won’t necessarily make the hurtful comments stop, it might just give you a whole new perspective on what’s being said.”

Aim for health instead of appearance

Moms can also set a great example for their girls by staying active. Just be sure to always make it about health and feeling good rather than achieving a particular size or number on the scale, says Chadwick.

Watch: How to boost your child’s self-esteem

SheKnows TV gives you great tips on how you can help to boost your child’s self-esteem!

Is social media affecting your body image? Take our survey for the chance to win a $250 gift card.