Television writer Tracy McMillan managed to work her way into a killer Hollywood career — a privileged world of pool houses, premieres and big-time producer deals — despite being the daughter of a smooth-talking pimp named Freddie. But her road to success didn’t come without self-destructive choices influenced by her traumatic childhood experiences. Here are eight strategies that helped McMillan save her emotional and mental health, and become a healthy role model for her teenage son. 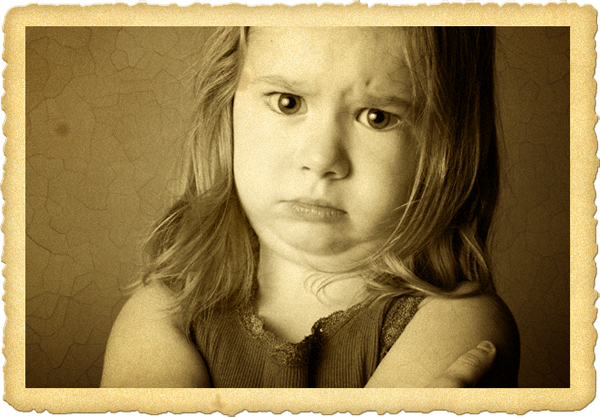 Do your childhood experiences, particularly with your parents, condemn you to unhappy adulthood or unhealthy relationships? Not necessarily. Sure, we’re all products of our past, but that doesn’t mean we have to let our past destroy our present and future. Tracy McMillan, a successful television writer, most recently for Mad Men and The United States of Tara, took control of her childhood trauma and learned how not to let a rotten childhood ruin her life. Instead of keeping her secrets to herself, McMillan, who grew up the daughter of criminal parents, wrote I Love You, and I Am Leaving You Anyway: A Memoir (It Books, 2010), a comic, tragic and ultimately victorious true tale of overcoming a terrible early life.

McMillan suggests looking at your life story and rewriting it so you are empowered rather than a victim. “There are two ways for me to look at my childhood story: In one, I’m a person who is so unloved, my own mother gave me away. In the other, I look at my prostitute mother and criminal father, and say to myself, I can totally do better than this. In one I’m a victim, in the other, I’m in power.”

Blame feels righteous and powerful, like someone’s going to pay for what they did to you. The only problem is: as long as you’re blaming, nothing can ever change. Why? “Because in order for your life to change, you have to want things to be different, and if it feels good to blame, you have to admit that you like it,” explains McMillan. “And if you like it, you have to admit that you really don’t want change.” This is why blame just gets you more of the same.

Pretend you work in customer service

McMillan sometimes looks at her bad childhood like it’s an unruly customer, and she is working customer service the day after Christmas. “It’ll be acting up, moaning and complaining about how hard everything is, and how unfair it all is. I just have to say to it, ‘Yes, I see you, I know you have a problem. But right now I’m busy, so please sit down, shut up and have a seat.’ Then I do something productive that will actually change my situation, like go to work.”

Accept that friends and family may not be on your side

Believe it or not, no one is more invested in you staying a loser than your family and friends. “If you succeed, two things will happen: 1) you will leave, and 2) they will be left behind,” McMillan explains. This doesn’t mean disowning them, it simply means staying aware that they want you to stay how you are.

“When my 13-year-old son said he hated science class, I told him that getting a 95 on the test was the equivalent of getting in the face of his least favorite teacher and saying ‘Have some!'” says McMillan. Properly channeling your anger will get you a long, long way in life.

According to McMillan, the No. 1 way to end your bad childhood is to save money. Money is power, and I like power,” McMillan explains. “All those commercials you see are a big, rich company’s attempt to get you to give them your power. Don’t do it! Think of every dollar you save as one step away from the people and places that have kept you down.”

Be in charge of starting your life over

In many cases, bad childhoods are caused by bad parents. McMillan defines bad parents as those who do whatever they want, whenever they want, without thinking about how it will affect their kids. “Now that you’re grown up, if you’re doing whatever you want, whenever you want, you are the bad [parent],” she stresses. “Start your life over. Go do something you don’t want to do.”

Get a paper route

“In fifth grade, I wanted a 10-speed bike like all the other kids had. I started delivering papers when I was eleven … in Minnesota … in the winter,” recalls McMillan. “Compared to that, every job I’ve had since has been easy.” Her advice: Get a hard job, and do it until the voices in your head stop telling you that you can’t take it another minute. “Everything after that will be cake and your bad childhood will be over — I promise,” she concludes.

More ways to take care of your mental and emotional health