Does online social networking really inhibit the development of communication skills, turning kids into poor spellers with ever-shortening attention spans? Perhaps. And now a new study has found that Facebook users may also be more prone to eating disorders. 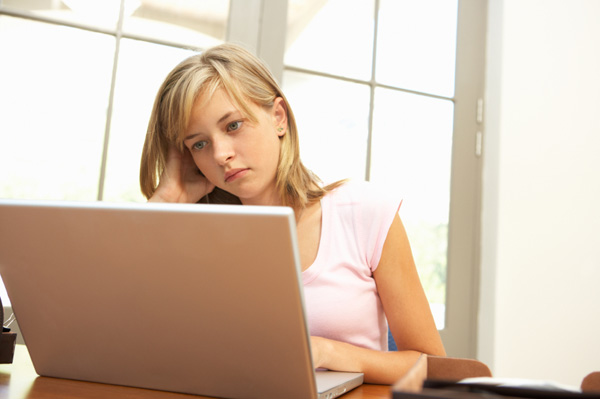 Exposure to the media – super-thin models and celebrities in magazines, TV, billboards – has long been one of the influential factors blamed for low self-esteem in girls, sometimes leading to eating disorders. Girls, along with everyone else, are surrounded by these images of “beauty,” even as parents seek to instill respect and admiration for a healthy, normal-weight body image in their children. Now Facebook has been added to the list of negative influences.

Let’s look at the Barbie model

Researchers at the Faculty of Social Welfare and Health Sciences at the University of Haifa in Israel studied the effects of two factors on the development of eating disorders, such as anorexia nervosa and bulimia nervosa, in young girls: exposure to the media and self-empowerment.

The study surveyed a group of 248 girls ages 12 to 19 on their Internet and television viewing habits. They were asked the number of popular TV shows related to extreme standards of physical image – the “Barbie” model – that they watched. They also filled out questionnaires about their approach to losing weight, satisfaction or dissatisfaction with their physique, their general outlook on eating and their sense of personal empowerment.

The results, made public in a news release issued by the university, found that the more time the girls spent on Facebook, the more they showed evidence indicating bulimia, anorexia, physical dissatisfaction, negative physical self-image, negative approach to eating and more of an urge to diet.

The study also found that online exposure to fashion and music showed similar tendencies, but resulted in fewer types of eating disorders; the more exposure to fashion content online, the higher a girl’s chances of developing anorexia. To a lesser extent, watching gossip TV programs was also linked to eating disorders. These girls had low levels of personal empowerment and corresponding low self-image.

The study also connected low self-image with parenting practices. Girls whose parents were involved in their media habits and discussed the content with them showed more personal empowerment. This guidance helped form a “protective shield” against eating disorders.

Parents who were not involved in the girls’ media exposure and unaware of the content, or just chose to limit or prohibit exposure, tended to have daughters with lower personal empowerment. This parenting behavior was linked to eating problems and negative body image.

Is social media affecting your body image? Take our survey for the chance to win a $250 gift card.

Leg Exercises Real Personal Trainers Recommend For Your Next Workout

All the Black Friday & Cyber Monday Sex Toy & Wellness Sales You Need to Shop — Up to 80% Off!

Rebel Wilson Opens Up About Having an ‘Unhealthy’ Relationship With Food