When a man is diagnosed with prostate cancer, he doesn’t just worry about his health – he worries about his marriage. We talked to two women with one thing in common – their husbands are prostate cancer survivors. 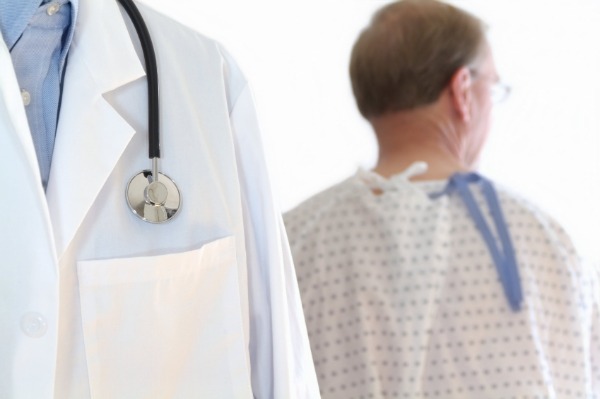 About Terri and Jack

Jack and I have been married for 12 years and live outside Chicago. Jack is an architect and I’m a stay-at-home mom to three boys. I met my husband on a blind date and we were married two months later.

Jack was only 41 when he was diagnosed. The last thing we had expected was to be dealing with prostate cancer at this age. However Jack’s father had prostate cancer (much later in life), so Jack was getting regular screenings — thank God.

Jack wasn’t worried about dying. He was worried about the after effects of treatment. Some prostate cancer treatments can cause issues with incontinence, infertility and man’s worst fear — impotence. Though I supported him the best I could, the possibility of ED was his worst nightmare.

The reality is that cancer isn’t easy, but you can get through it. I read a book called Saving Your Sex Life After Prostate Cancer by Dr John Mulhall that I found very helpful. I also researched online and found a variety of support groups for women whose husbands have been diagnosed with prostate cancer. Fortunately, there are plenty of ways you can be intimate with your husband if you are dealing with temporary or even permanent ED problems.

Educate yourself about prostate cancer. Know some of the symptoms — weak urine flow, frequent nighttime urination and sudden urges. Make sure your husband gets screenings starting at age 40 — a PSA blood test, as well as a Digital Rectal Exam.

Don’t make a snap decision about treatment. Go to several doctors that specialize in different treatment options. You and your hubby have to be comfortable with the treatment and be educated about the possible side effects.

And don’t think your sex life will be over just because your husband is diagnosed with prostate cancer.

22 hrs ago
by Sarene Leeds