Fairy tales tell us women need to be rescued, as do most action movies. And although some men would love to be your knight in shining armor, having the personality of a damsel in distress isn’t as attractive as they make it seem in animated movies. Here are four traits that make you stand out and radiate sex appeal and relationship potential. 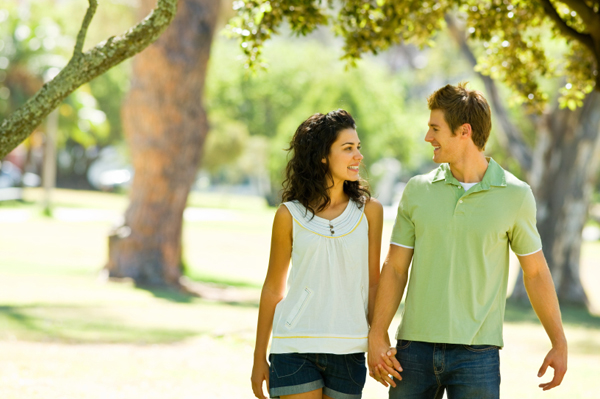 4 Traits that make you stand out

Let’s face it, a lot of women either don’t want to make decisions or just have a really hard time being decisive on a date. Yes, it’s nice to sometimes offer the choice to your partner, but guys hate it when we stare at them blankly and pass the decision-making buck. You don’t have to be forceful, but when you’re asked your opinion, don’t be afraid to express yourself and tell him what you want.

No guy should be expected to be your full-time caretaker and entertainment provider. You need to feel comfortable on your own, and when he’s doing his own thing. Having solely separate interests isn’t healthy either, but rather than needing to be attached at the hip, cultivate some of your own interests and friendships so you come off as independent, rather than needy.

Wallflowers don’t often get much attention. Sure, the shy act can attract some guys, but for the most part, if you want to find a love match and make a new relationship work, confidence really is key. Even if you don’t feel in charge and on top of things all the time, at least walk the walk and talk the talk until you do. Confidence is sexy and really does makes you easier to approach.

Not taking yourself too seriously is a great quality to have, and one that could definitely set you apart from the pack. Guys love to laugh —  and having someone to laugh with, who won’t be put off by less than high-brow humor, will make you a pretty great catch for more than a few good men.

In an informal poll of guy pals and coworkers we got the inside scoop on what men most want in a love match. How did our picks stack up? We were pretty spot-on with what we said men are looking for in a partner.

Topping the list for most of the guys we surveyed was someone with an easy going personality — men don’t want a wife of girlfriend who freaks out at the drop of a hat. Sense of humor (as we already noted) came in at number two – it’s clear guys want someone they can laugh with. The guys we surveyed also felt pretty strongly about being with someone who wasn’t a downer — guys don’t want to date someone who complains constantly or can’t “just relax and have a good time,” as one of our respondents suggested.

8 hrs ago
by Laura Williams