Diagnosed with cervical cancer at just 25 years old, Tamika Felder found herself having to make a life-changing decision: Give up her ability to have children or let the cancer win. Here is her brave story of pain and survival. 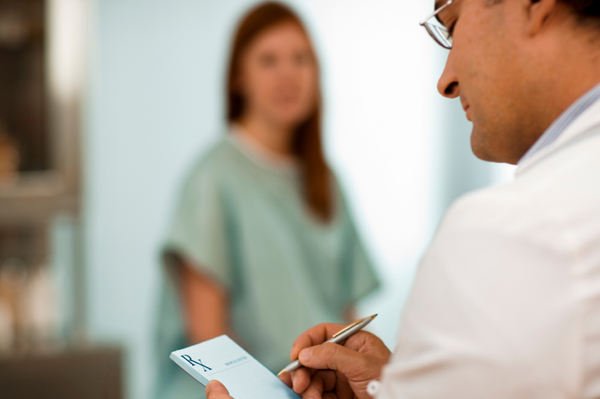 We’ve all seen the Gardasil advertisements, and if you are between the ages of 9 and 26 or have a daughter in that age category, your gynecologist has most likely talked with you about the vaccine. Back in 2001, when Tamika Felder was diagnosed with cervical cancer at the age of 25, there were no advertisements for Gardasil and HPV was virtually unheard of in the general public.

What is cervical cancer?

Cervical cancer is cancer of the cervix, which connects the uterus and vagina. According to the National Cancer Institute, in 2010, approximately 12,200 new diagnoses of cervical cancer were made, and over 4,000 women died from the disease. Early cervical cancer is usually asymptomatic. Symptoms of advanced disease include pelvic pain, abnormal vaginal bleeding, postmenopausal bleeding and pain during intercourse. Tamika had no observable symptoms prior to her diagnosis — the news of her condition blindsided her. 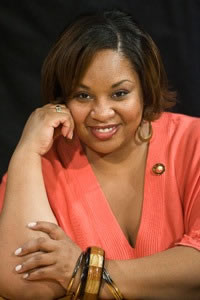 Having had no insurance for a few years, Tamika delayed getting her yearly test. The diagnosis devastated her. She isolated herself from her friends and became very depressed. “In an instant, without warning, [my life] changed… I could only think, ‘This is it?’…”

Doctors suggested that a radical hysterectomy was the best option if Tamika was going to live, but it would mean permanent sterlization.

Tamika had to make a choice that would impact her life, no matter which decision she made.

She chose to have a radical hysterectomy, followed by radiation and chemotherapy. Harvesting her eggs was not an option because her insurance company would not cover it due to her single marital status. Raising the money was not possible. Constant doctor’s appointments are inconvenient, and for cervical cancer, they can be embarrassing and uncomfortable. After all, it’s not your mouth they’re looking at, she said.

The intimate nature of the surgery was also a factor. “The worst part was that just the mere sight of a pregnant woman or a new mom would send me into a complete breakdown,” she recalls. The hardest part of the whole experience was knowing that she was losing her fertility, she said.

With support and love from her friends, medical team, her mother and God, Tamika made it through treatment.

After her treatment was over, Tamika tried to start a new life cancer-free, but as the Lance Armstrong Foundation manifesto goes, cancer leaves your body, but never fully leaves your life.

Reminders were there when she saw pregnant women or new mothers, she was reminded at doctor’s appointments and when well-meaning friends and co-workers asked if she was OK. But knowing that she had a second chance at life helped give her the strength to rebuild her life. Was it easy? Of course not. But Tamika knew she had to do something.

HPV still comes with a stigma that can be embarrassing, and T&F aims to decrease this through straight talk and reliable answers and information. According to Tamika, creating this organization was a huge factor in her survival.

“Turning my pain into action is what really helped me cope,” she said, “especially for those who are no longer here.” Creating Tamika & Friends and working with other cancer organizations as a cancer cure advocate has helped her speak up for cancer patients and survivors so that other people will not be isolated upon receiving a cervical cancer diagnosis.

4 hrs ago
by Lindsey Lanquist