Getting dumped can send even the sanest among us into a tailspin, but giving in to tearful rants and behaviour that will get you into trouble just because you’re hurting isn’t always the best idea. Here are our picks for the biggest post-breakup no-no’s. 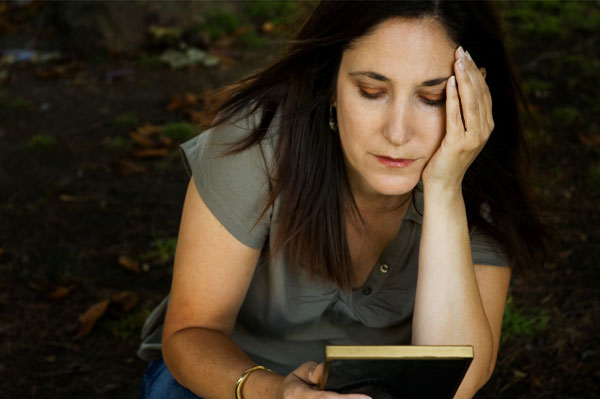 We know it’s tempting to see what he’s been up to since breaking your heart, but constantly checking his Facebook page to see where he’s been, who he’s been with and what he’s doing will just drive you crazy. Do yourself a favor and delete him as a friend so you limit your avenues for social media stalking.

Holding onto his stuff

If the breakup wounds are still raw and all you can think about is him, go through your apartment and get rid of anything that belonged to him or reminds you of him, including gifts he bought for you. If you can’t go through with tossing or donating items, give them to a friend to hang onto until you’re better equipped emotionally to see them every day.

Texting or calling him

If he broke up with you, he probable doesn’t want to continue getting your calls and texts. We know how frustrating it can be when a relationship ends badly or you still have unanswered questions, but obsessively trying to get in touch with him will only make things worse. He’ll get annoyed and you’ll come off as completely desperate – definitely not an ideal post-breakup situation.

If they were mutual friends, staying in touch is fair game. But if you’re bothering his best buds for the goods on what he’s up to and whether or not he’s seeing anyone new, it’s time to back away and leave them out of the picture. The less you know the better when it comes to trying to get over an ex.

Everything happens for a reason, so do your best to start healing rather than wasting time and energy holding out hope for reconciliation. If things were left ambiguous, or you’re just “on a break” there might be a chance you’ll get back together. But if the breakup felt final (as in he no longer loves you), hoping he’ll change is mind won’t do you any favors. As hard as it is to let go, it’s the only way you’ll be able to move forward.