You don’t have to dread Super Bowl Sunday. Instead, learn something about the game and enjoy the day almost as much as your partner does. 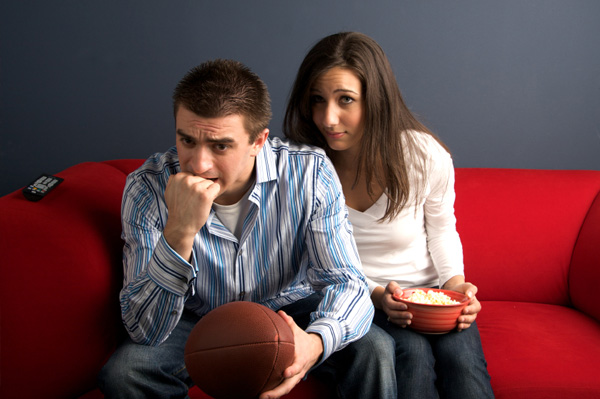 The Pittsburgh Steelers will take on the Green Bay Packers in Super Bowl XLV on Sunday, February 6, 2011. The Steelers represent the American Football Conference (AFC) and the Packers are from the National Football Conference (NFC). The game is being held at Cowboys Stadium in Arlington, Texas.

What are they doing?

The field is 100 yards long. The goal is to get the ball to the endzone (the section at each end of the field). As you probably know, if you get the ball in the endzone, your team earns a touchdown (six points) and can then try to kick the ball through the goal posts for an extra point.

If a team is close to the endzone but doesn’t think they’ll be able to make a touchdown (or at least 10 yards to a first down), then they can choose to try to kick the ball through the posts instead for a field goal (three points).

Though the game is much more complicated than this, if you understand these basics, you’ll at least be able to enjoy watching the game with your boyfriend, spouse or even your girlfriends. If you still don’t know what’s going on, have a margarita and some chips and salsa.

19 hrs ago
by Nicole Witt