Making mistakes in the love department is something we all have experience with. But with age, (ideally) comes maturity. For some people, it’s hard to ditch dating habits you’ve held on to for nearly a decade, but here are four habits to try and break as you get older. 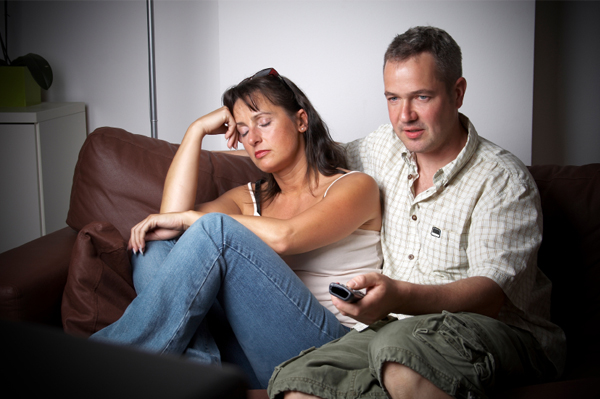 When you’re younger and just starting out in the dating world, it can be tempting to say yes to anyone who comes by, and then stay with them even if they’re not ideal. But settling for the wrong guy (or the guy that just doesn’t do it for you) is definitely a habit worth ditching. You deserve a guy who treats you well and turns your crank, so don’t settle for anything less.

Calling and texting the guy you like when you’ve had a few is just bad form. It makes you look immature and more than a little desperate. Having a few drinks with friends is fine, and a fun way to spend an evening, but if you let yourself get messy enough to start sending texts you’ll regret, you won’t come off as sexy. Rather you’ll just sound wasted. Put the phone away or give it to a friend to hold onto if you don’t trust yourself, but do yourself a favour and ditch the drunken drama.

It’s easy to fall into the trap of acquiescing to everything a guy wants to do when you’re younger. Every answer to “what do you want to do?” becomes, “I don’t know, whatever you want to do,” which is OK some of the time. But once you get older indecisiveness can project a lack of confidence and be frustrating for those around you. So stop saying you don’t know and tell your date what you feel like doing.

If you spent your early 20’s waiting by the phone in hopes a guy would call you back or hugging the wall at parties praying for the cute guy to ask you out, it’s time to come out of your shell. Now that you’re older and more confident, get out there and do the asking. Don’t wait for a gorgeous, funny guy to fall into your lap. Head out there and find him yourself.