Are you suffering from lack-of-romancitis? It’s not fatal, but it can erode even the most stalwart wifely heart. Here’s how to get what you want. 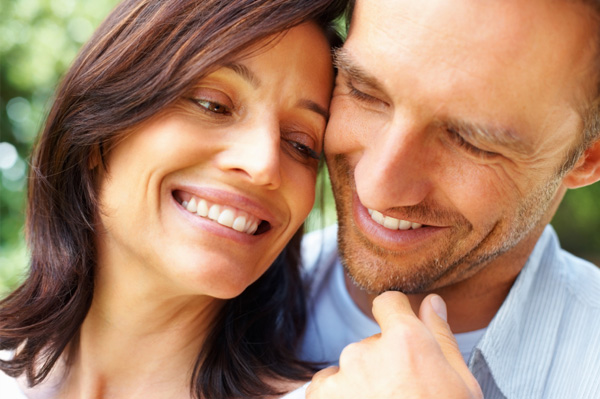 Do you recognize yourself in any of the following?

You print out the latest Yelp “most romantic restaurants” reviews and leave them prominently under the TV remote.

You drop, “Kate and her husband go to that couples cooking class practically every week, isn’t that nice?” into the conversation regularly.

You exclaim, “Wow, look at that, the Flower Shoppe is having a special on roses!” and sigh loudly.

If you answered “yes” to any of the above, you’re suffering from lack-of-romancitis. It’s not fatal, but it can erode even the most stalwart wifely heart.

Basically, lack-of-romancitis is when he fails to do pretty much anything you would define as romantic: Take you out to that special restaurant without you being the one to organize it, book the table and hand him the Google map. Or answer, “Cooking class together sounds like a great idea – let’s do it!” Or show up with roses on a non-anniversary, non-birthday night. Heck, a daisy would do.

Here’s the bad news: Once he’s past the honeymoon stage, he’s not likely to think of any of that. He figures that he gave you enough romance those first months (year?) to last you a lifetime. It’s certainly enough for him.

Here’s the good news: if you ask him straight out, he’s likely to say “OK.”

I know asking for romance isn’t your definition of romance. You want him to spontaneously get an urge to sweep you off your weary feet into that latest hip bistro, or leave a trail of rose petals to a bubble-filled bathtub, or hand you a bunch of petunias without being prompted.

Get over it. You’re not a romance novel heroine. He’s a regular guy. Ask. Most men are willing to do whatever they’re asked to do. Especially if you ask nicely,  “Honey, please bring me some roses.” “Honey, I’d love a night out. Please take me to ‘Romance Plus’ this Saturday.” “Honey, I’d like us to take a couples cooking class together. How about this Friday?”

When he comes through, thank him a million times over with words, kisses and smiles. Let him know loud and clear what a great guy he is. Given enough time, and enough appreciation, he may surprise you one day with that bunch of petunias.