You’re in a new relationship with a great guy. He’s cute, he makes you laugh and you have tons in common, so what could go wrong? As great as new hook-ups can be, they’re also fairly fragile, so we’ve put together some of the most common new relationship pitfalls to avoid. 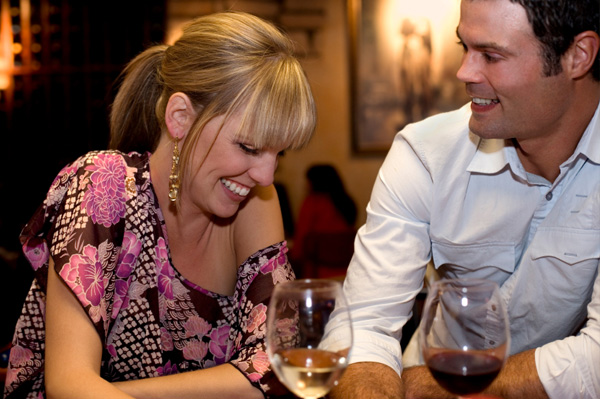 If you’ve just starting dating a guy the last thing you need is to see photos of his ex on Facebook. Do not creep his profile so you can compare yourself to every female he’s friends with or peg the ones who post on his wall most often as potential competition. This type of behaviour will just drive you crazy so cut out the cyber stalking.

How would you feel if your new man made a habit of reading your emails behind your back or scanning your texts when you’re not around? You’d probably be pretty angry. Unless he gives you a reason not to trust him, give your new guy the benefit of the doubt and leave his personal information alone.

As tempting as it is to want to be around him all the time, not giving him space can put some guys on edge. Give him some room to breathe in order to keep your new romance from petering out before it even gets going.

One of the best parts about being in a loving relationship is having someone to talk to and bounce ideas off of, but to start off, try not to burden him with every trouble you’ve ever had. If you come off as a lost little girl rather than a grown woman who can take care of herself, you may lose him.

The first couple of months of dating are supposed to be fun and carefree, so avoid talking long-term with your guy right out of the gate. Discussing your own long term plans (travel, new job, getting a dog, etc.) is fine, but don’t paint him into the picture until you know how he really feels.

My worst date ever

One woman shares the juicy details of her worst date ever.

6 hrs ago
by Katie Smith

6 hrs ago
by Nicole Lapin