John Edwards is reportedly engaged, according to a new report. Is it true and why is he doing it so soon after Elizabeth Edwards’ death?

Related story What Triad Relationships Are Really Like, According to Real Women 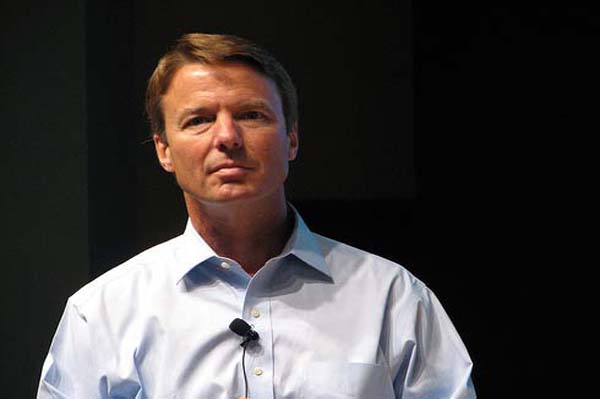 John Edwards is reportedly engaged to mistress Rielle Hunter just one month after wife Elizabeth Edwards lost her battle with breast cancer, according to the National Enquirer.

That’s it – John Edwards is officially on the dirtbag list with Tiger Woods and Jesse James. Can you believe the guts of this man? First he cheats on Elizabeth while she’s battling cancer, then fathers a baby with Hunter and now he’s putting his children through this just as they’re mourning their mother?

Someone needs to tell John that life isn’t always about what he wants. Sure, it’s great that he’s supporting the mother of his two-year-old daughter Quinn, but he could wait longer if the engagement rumors are true.

A source close to the Hunter and Edwards situation says that the rumors are just that, rumors.

“It’s not true,” the friend told People. “The nature of the relationship, as far as I know, is one of a father calling the mother and talking about Quinn, figuring out the holiday schedule.”

We’re not sure what to believe at this point, but we’re hoping the rumors are indeed false. However, Edwards’ track record regarding the truth and his relationship with Hunter isn’t exactly perfect.

What do you think about the latest John Edwards engagement rumors?

7 hrs ago
by Sarene Leeds

13 hrs ago
by Tanya Selvaratnam