Do you fight with your significant other? Of course you do. We all do. But the bigger issue is how you fight with your partner. Some things just aren’t worth getting worked up about. So ask yourself these questions the next time you feel your blood start to boil. 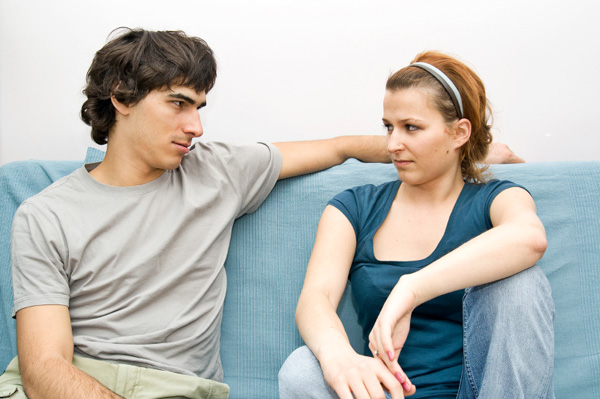 Does it affect you?

If you’re angry about him doing something that affects you – interrupting you when you’re talking, saying hurtful things, by all means let him know. But if you’re picking a fight about something that doesn’t really affect you, like how late he got home or why he feels the need to wear different colored socks, an argument isn’t worth the aggravation.

Will you remember in an hour?

Before you start pushing his buttons, think about whether or not you’re fighting over something you’ll even remember once the argument is finished. If the cause of your current frustration is trivial – like him leaving the toilet seat up or forgetting to empty the dishwasher, chances are you won’t remember in an hour so it’s not worth getting too upset about.

What mood are you in?

You’re a lot more likely to feel frustrated and start a fight if you’re in a bad mood. There is a tendency for a lot of people to take out feelings of anger on those closest to them, which often means your BF. Before you freak out, think about whether or not you really are mad at him about something specific, or you’re just having a bad day.

Is it worth fighting over?

Fighting can be a good thing – it’s cathartic, it gets to the core of a problem faster than just skirting the issue, but it can also be destructive. Fighting for the wrong reasons or just for the sake of it, isn’t the healthiest approach so before you get amped up, decided if an issue is worth fighting over. Sometimes just talking something over like adults is a lot more productive than having a big blow up.