Does every guy you’ve ever dated come up short? Are you gun shy when it comes to taking your relationship to the next level? Sure, you just might not have met Mr. Right yet, but you could also be afraid of commitment. Here’s how to tell. 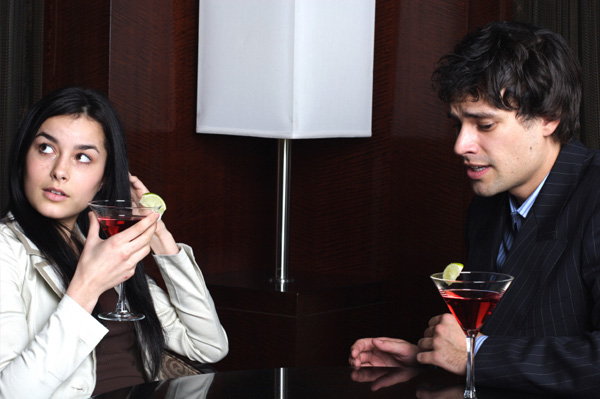 You find fault with everything

No one is perfect, and falling in love doesn’t mean you’ve found the one person who doesn’t have any faults. Glaring problems are one thing – he’s insulting, he’s makes you feel bad about yourself, he’s got anger issues – but always sweating the small stuff could mean you just don’t want to commit.

Do your hands sweat at the mere thought of an engagement ring entering your line of vision? Not everyone wants to get married (which is totally fine), but if just thinking about saying “I do” sends you into a tailspin you might need to address the deeper issue of not being able to settle down.

People who don’t like commitment often need to move or switch jobs every few years. This isn’t necessarily a bad thing, but if your need for new locales (and new guys) is less about a craving for adventure and more about the fear of pledging allegiance to one thing, it might be time to rethink your relationship strategy and look at what keeps you from committing.

Telling someone you love them should never be taken lightly. It’s definitely not something you should say to just anyone, but if you find yourself wanting to bolt whenever you’re expected to say it back, you could have issues with more than just taking love for granted. Genuinely not loving someone is one thing, but not saying it because you’re scared you might get hurt could just keep you from experiencing something great.