A big part of being in a relationship is listening. But being a good listener is harder than it sounds. Follow our steps to being there for him when it counts. 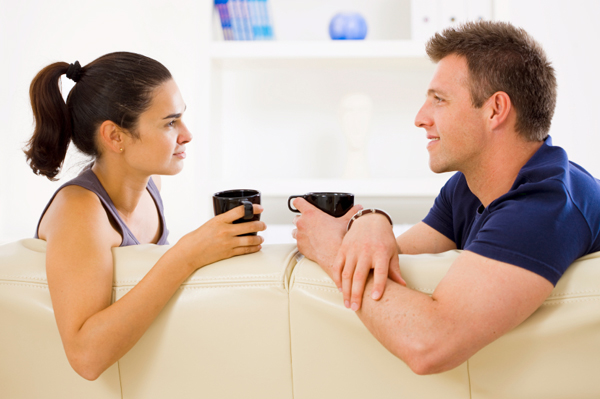 This may seem obvious, but many of us aren’t used to listening for long periods of time without jumping in with a story or opinion of our own. Before you offer advice, give him time to tell the whole story.

It might be hard for him to open up (as it is for a lot of guys), so if he’s spilling his secrets to you, refrain from passing judgement. Even if you have an opinion on what’s upsetting him, don’t make him feel worse with a thinly veiled negative judgement of his actions.

Once you’ve listened to what he has to say, you can offer your advice. But don’t expect him to immediately follow through. Being pushy with your guidance has the potential to just upset him more, or push him away.

If he’s feeling upset or depressed about something, try to be positive as you listen. Remind him of what he’s good at and what he does have going for him so he doesn’t dwell as much on things he doesn’t have or hasn’t done.

Don’t make it about you

When people tell us their problems it’s easy to come back with a story about how we’ve had it worse. While it’s nice to sympathize, one-upping him with your own stories isn’t what he needs. Try to save your stories for another time and give him the spotlight this time.