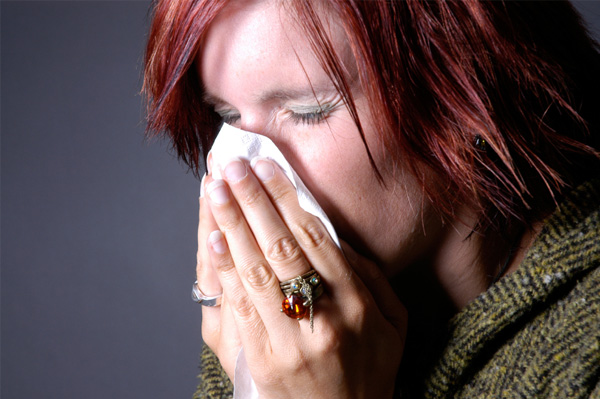 More than 200 viruses can cause the common cold, according to the Centers for Disease Control and Prevention (CDC). To avoid a cold, practice hand hygiene – thorough and frequent hand-washing, especially after coughing or sneezing, and before preparing food or eating. Avoid close contact with people who have colds.

Flu symptoms often come on suddenly and include fever, chills, headache, muscle aches, extreme tiredness, cough and sometimes a runny nose. The CDC recommends that everyone older than six months get a yearly flu shot. As with the common cold, avoid close contact with sick people and wash your hands often. Avoid touching your eyes, nose or mouth, because germs spread this way. Disinfect frequently touched items, such as keyboards, telephones, remote controls and doorknobs.

RSV is a viral, cold-like illness that affects the lungs and breathing passages. It’s so common that by the age of 2 years old, nearly all children will have been infected. RSV can lead to serious illness in a small percentage of children, particularly premature or very young babies as well as those with compromised immune systems. RSV is spread when an infected person sneezes or coughs, sending virus-containing droplets into the air. Once again, frequent hand-washing is the first line of defense against RSV. Wash and disinfect hard surfaces also.

Foodborne illnesses like norovirus and salmonella sicken 48 million people a year, according to the CDC. Symptoms include diarrhea, nausea, vomiting and sometimes fever. Raw animal foods are most likely to be contaminated, but fruits and vegetables that have been washed and chilled in contaminated water can also make you sick. “Foods that mingle the products of many individual animals, such as bulk raw milk, pooled raw eggs or ground beef, are particularly hazardous because a pathogen present in any one of the animals may contaminate the whole batch,” according to the CDC.

Group A Streptococcus, which causes strep throat, is a bacterium frequently found on the skin and in the throat. Strep throat is spread through direct contact with mucus from the nose or throat of an infected person. Good hand-washing is the best defense against strep.

How to sterilize your house after strep >>

By now, you’ve guessed the single most important thing you can do to beat all these common illnesses is to wash your hands properly. Here are the CDC’s recommendations for how to do that: Wet your hands under running water and apply soap. Lather and scrub well, including the backs of your hands, between your fingers and under your fingernails, for at least 20 seconds (hum the “Happy Birthday” song twice). Rinse well and dry with a clean towel or air dryer. If soap and water aren’t available, use alcohol-based hand sanitizer.

Can vaccinations truly protect you? Find out here! >>

2 hrs ago
by Katie Smith