You like him, but does he like you back? Sometimes, even if you want a guy to like you, it’s just not meant to be. If you’re confused about his intentions, take a look at these signs he only sees you as a friend. 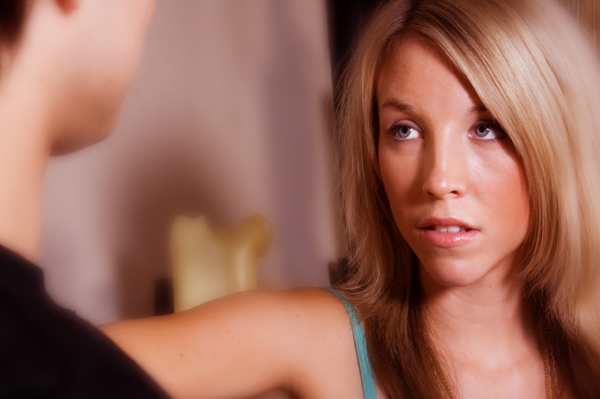 He introduces you as his friend or buddy

If you’ve been hanging out with your crush for a while, and he still introduces you to anyone you come across as his friend or “the girl from work” he might not have the hots for you. The more intimate the introduction (i.e. calling you by a cute nickname or adding, “she’s awesome” after your name) mean he could be feeling something more, but a generic intro isn’t usually a good sign.

He talks about other girls with you

If he describes other girls as “hot” in your presence, or talks about girls he’s interested in, make a mental note that you’re probably just friends. If a guy has romantic feelings for you, chances are he’ll want to make you feel special, rather than telling you about other girls he’d like to go out with.

Being one of the guys can be great, if that’s what you’re going for. But if your crush doesn’t treat you any differently than he does his guy friends (i.e. doesn’t act affectionate, won’t hug or touch you) you could be in for romantic rejection.

He only calls when his plans fall through

If your crush is only available when he has nothing better to do or his plans fall through, he’s probably not as interested in you as you are in him. A guy who really likes you will make time for you and even break plans in order to spend more time with you.

How to avoid dating disasters

4 Ways to deal with romantic rejection

10 Signs he’s cheating on you