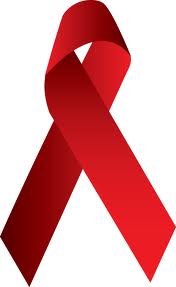 Is an HIV cure in the works? Not so fast.

Doctors in Germany believe an HIV-positive man has been cured of the disease as a result of a stem-cell transplant. Timothy Ray Brown, known as the “Berlin Patien” received the transplant in 2007 as a part of his leukemia treatment. His doctors report that the results “strongly suggest that cure of HIV infection has been achieved.”

“I’m extremely excited about the result,” Jerome Zack, a researcher at the University of California, Los Angeles told MSNBC. Zack studies HIV infection and was not involved with the “Berlin Patient.” “It suggests that at least in this one individual, there’s a long-term benefit to this approach.”

HIV cure in the future?

While these results seem promising, it’s likely a long time before this will be a proven (or un-proven) HIV cure for the 33 million people worldwide living with HIV.

In addition, Time reported last week that healthy people who take antiretroviral medicine can reduce their risk of contracting HIV by 73 percent. The medicine, normally only prescribed to HIV-infected patients, was named one of the top discoveries of 2010 by Time.

The U.S. Food and Drug Adminstration has also approved the use of a once-daily dosing of Prezista in conjunction with ritonavir to treat HIV patients.

All of these advancements in technology mean that we could see a definite cure for this deadly epidemic within the next several years. Here’s hoping we find a way to put an end to this disease in both first- and third-world countries for good.

No, Essential Oil ‘Flu Bombs’ Are Not Flu Shot Substitutes