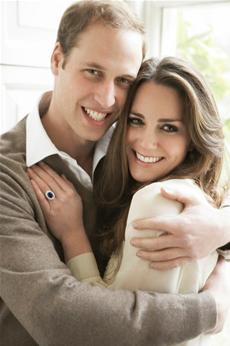 The official royal engagement photos of Prince William and Kate Middleton were released this weekend — and they’re beautiful.

These royal engagement photos show us what royal love is supposed to look like! It’s a refreshing change from the tumultuous relationship of Prince William’s parents, Prince Charles and Princess Diana.

Prince William and Kate Middleton were “in their prime and brimming with happiness” during the shoot, according to Testino. Their first photo — a casual shot — featured the couple in a loving embrace. 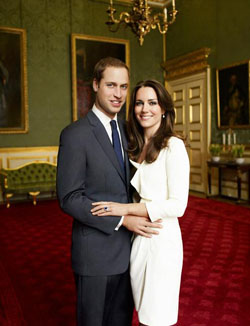 The second royal engagement photo is a more formal portrait fit for royalty. In the photo, Prince William donned a Turnbull and Asser suit while Kate opted for a white Reiss dress.

The Prince William and Kate Middleton royal engagement photos are just a preview of what we can expect when the couple weds on April 29, 2011 at Westminster Abbey. The event is sure to be a classy affair — and we can’t wait to see what she’ll wear.

What are your picks for Kate Middleton’s wedding dress? Should she wear something extravagant, or stick with her signature classic style? Weigh in!

More on the royal wedding