My friend Sharon says she knew her seven-year relationship was over when she realized that she spent more time fantasizing about how to kill him than she did fantasizing about having sex with him. She was joking (I think?) but it’s interesting what it often takes for someone to realize it’s time to move on from a relationship. 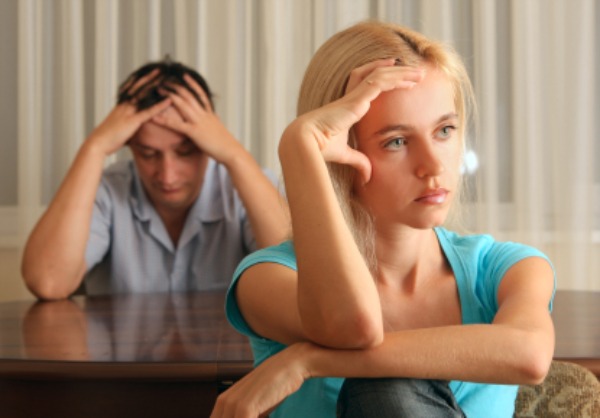 We recently talked to HerWay.com‘s Dating and Relationship Expert, DeAnna Lorraine about how to know it’s time to say goodbye to a relationship.

Core differences are too big

If you disagree on movies and food, that’s one thing. But what if you disagree on the things that matter most? “If you disagree on having kids, what religion to practice, what working hours to keep or job title in general, take note.” says Lorraine. “Know that you can’t change someone unless they want to be changed, and if you fundamentally disagree on big core issues, chances are it’s only going to get worse.”

You fight all the time

Sharon and her live-in boyfriend argued so much that she soon didn’t know how to communicate at all with him if they weren’t fighting. “When you fight frequently, you’re constantly crying, doing the break-up-and-get-back-together cycle, or if he continually says mean things to you, it’s tiem to move on,” explains Lorraine. “Always remember it’s the best it’s going to get while you’re dating. And if you’re spending more time festering in negative energy instead of basking in the glow of a loving relationship, it’s time to rethink where you’re headed.”

The spark is gone

Attraction isn’t everything, but it’s a big part of things. If being affectionate and having sex with your partner seems forced (or you have started looking at others), then your relationship is on its last leg. If your gut instinct is telling you that you aren’t in it for the long haul, break up now before you get in any deeper.

7 stages of a breakup
Can a breakup be good for your health?
6 Ways to end a relationship